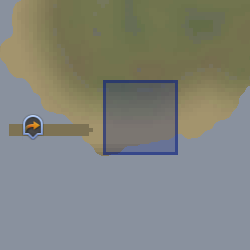 The Assassin, true name Ling (or Ling (contracts) on Aminishi), is an adventurer found in player-owned ports. She is an eighteen-year-old former Death Lotus Assassin who seeks to kill Baby Tooth and Quin. She is unlocked and can give special voyages to the player running the port if they have 90 Slayer. She can be found upstairs at the bar when she is in port. The Assassin can be unlocked through the tutorial or a special voyage.

She can also be found on Aminishi in The Arc, but will only converse with players who have unlocked her in ports. When spoken to, she will give the player Slayer contracts to kill the Acolytes of Seiryu on the island. She can hand out three contracts per day (shared with Sojobo and Hubbub), but this can be increased to up to seven by buying "Contracts Per Day Increases" from Boni on Waiko. Note that if you have main island contracts disabled with the board by Sobojo, the game will claim you do not have the requirements for any of Ling's contracts.

The Assassin arrives and tells the player of her meeting with Kirau. Kirau told her why he betrayed her; Quin threatens to destroy his family if he doesn't. The Assassin later stabbed him in his chest and buried him by tradition. She now asks the player for help to assault the Death Lotus's main fortess.

Retrieved from "https://runescape.fandom.com/wiki/The_Assassin?oldid=19038295"
Community content is available under CC-BY-SA unless otherwise noted.