The Gravedigger v. The People is a court case in which Leo, a gravedigger, is charged with graverobbery after it is found that he placed several coffins in the wrong graves.

Enter the courtroom. From this point onwards, the actions you must perform diverge based on whether you are prosecuting or defending. Follow the steps from the appropriate section below. 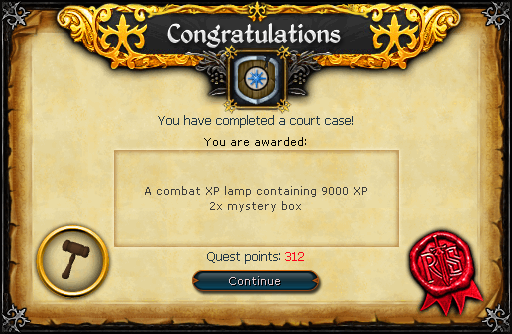 Retrieved from "https://runescape.fandom.com/wiki/The_Gravedigger_v._The_People?oldid=21867888"
Community content is available under CC-BY-SA unless otherwise noted.