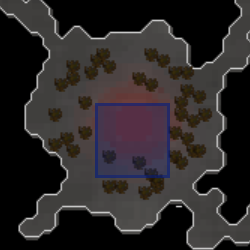 Thorgel is a dwarf found at the heart of the Temple of Light, next to the ruins of the Death Altar temple. He is part of the group of dwarves who were trapped in the Underground Pass due to the influences of Iban and the Dark Lord, along with Kamen, Niloof and Klank. Thorgel is involved in Mourning's End Part II, as well as being heavily involved in the sequel Within the Light. A player can complete a list given by Thorgel in order to receive a Death talisman during and after Mourning's End Part II. The list can be completed as many times as the player wants to receive as many death talismans as they want.

Retrieved from "https://runescape.fandom.com/wiki/Thorgel?oldid=25380422"
Community content is available under CC-BY-SA unless otherwise noted.