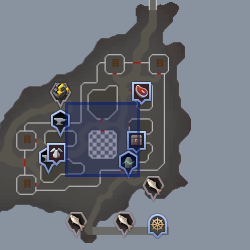 Thorkel Silkbeard is the current advisor of King Gjuki Sorvott IV, the ruler of the island-kingdom Jatizso, which is at war with the neighbouring town of Neitiznot. Thorkel Silkbeard is an NPC in the quest The Fremennik Isles, in which the player must aid both Jatizso and Neitiznot, initially on the side of King Gjuki, but later switching over to the employ of Mawnis Burowgar, the Burgher of Neitiznot. Thorkel is spoken to when the player is on the side of Gjuki Sorvott, and explains in greater detail about the window tax that the King calls for to increase Jatizso's wealth.

After the quest, Thorkel Silkbeard may be spoken to, but he tells the player that he cannot talk; King Gjuki will have him fired if he sees him talking to the player. Silkbeard's clothes are lavish and luxurious, denoting his status as an advisor to a king. His name also shows this, being in two parts: "silk" and "beard", showing his reputation for being well-groomed.

Retrieved from "https://runescape.fandom.com/wiki/Thorkel_Silkbeard?oldid=25380413"
Community content is available under CC-BY-SA unless otherwise noted.