Note: if you run out of pillars you can exit the tunnel and mine some more then return to where you left off.

Once you've cleared the southern entrance, you will no longer be able to use the crack in the wall to access the tunnel. You must use the entrance north of the three NPC's where you started the quest. 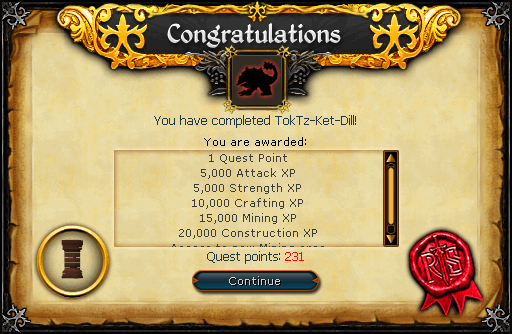 Retrieved from "https://runescape.fandom.com/wiki/TokTz-Ket-Dill/Quick_guide?oldid=24923116"
Community content is available under CC-BY-SA unless otherwise noted.