A huge brutish gorilla. He looks like a jail guard. 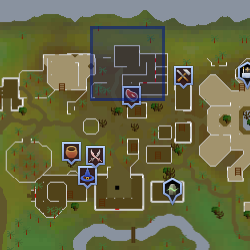 Trefaji is one of the gorilla jail guards in Marim, along with his comrade Aberab.

If he sees players in their human form outside of the cell or within one space of the cell wall, he will deal some damage (normally around 100 life points, but potentially up to 200), and send them back in.

Retrieved from "https://runescape.fandom.com/wiki/Trefaji?oldid=24563088"
Community content is available under CC-BY-SA unless otherwise noted.