Hi there - last week I told you about the current state of play with the 3D graphics update. For some the excitement was just too much to bear, so Andrew decided to do the decent thing and release some screen shots... 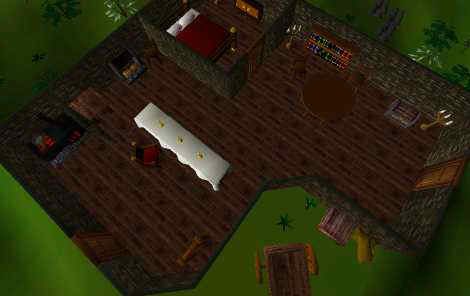 Here you can see how the new version allows you to the adjust the camera angle, the images show the same scene at different angles. 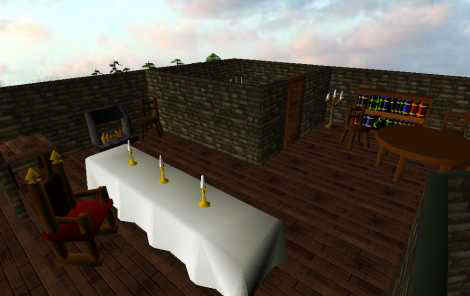 So what else is has been going in our dark, dank lair? Well, Tom and I have been working on the next part of Runescape's large on-going quest. Those of you who have already rescued Elena will no doubt be frothing at the mouth for some more plague-based action. Well froth no more, because part two will be coming out next week! And be warned, it's pretty big...

And as if one set of live bacteria wasn't enough, you can also work up a sweat with a new jungle based adventure. As the debut quest from Tytn, the choice of location is all the more surprising, as "Tee" is normally known as being an obsessive hygiene fanatic. Still, someone has to clean the kitchen I suppose.

RuneScape Wiki note:The images were removed from RuneScape by Jagex.
Retrieved from "https://runescape.fandom.com/wiki/Update:A_preview_is_sneaked?oldid=17176087"
Community content is available under CC-BY-SA unless otherwise noted.