The Ninjas have infiltrated the Artisans' Workshop, making a big batch of updates to the venerable Smithing activity. They've made it a whole lot more user-friendly, and introduced some cool new rewards – including auto-reloading for your dwarf cannon!

The team are planning to do more focused updates like this, bringing older parts of the game up to today's standards. If you've got an idea for a particular part of RuneScape that you'd like to see given the Ninja treatment, let us know on the Ninja Spotlight forum thread.

Read on to find out what the Ninjas have been up to – along with details of Solomon's new Vitality Accessory Pack and this week's live streams.

Try your hand at some streamlined artisan smithing this week, and let us know what you think over on the forums.

Solomon's expanded his Vitality Suit line this week - with the Vitality Accessories Pack.

The pack comprises a two-handed weapon override for each combat style, plus a spectacular cape - awesome additions to the base suit, or a selection of eye-catching accents for any outfit. 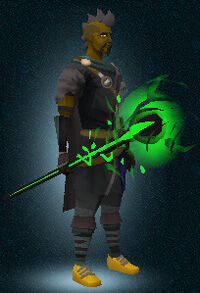 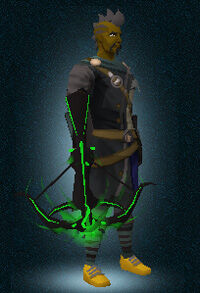 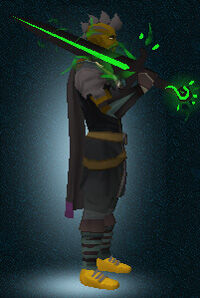 As with the other Vitality items, the accessories change colour as your life points drop, and can be recoloured for a full-health colour of green or blue – both shifting towards red at lower life points.

Note that it is possible to recolour the Vitality Suit and Accessories in other colours, but the colour-shift effect only works with a base colour of blue or green.

Grab the Vitality Accessories Pack now! If you need more RuneCoins, you can redeem Bonds in-game. You can also purchase RuneCoins directly from the website.

Check our YouTube channel, too, for recap videos of streams you may have missed.

Mods Stu, Kelpie, James and Pi will be on the sofa this week to answer all your questions, as well as to give you a cheeky teaser for Raids – coming this summer!

Following on from our Loot from 10,000 Elite Clue Scrolls stream last month, this Tuesday we'll be opening up 2,000 Barrows Chests and showing you the tasty, tasty loot. Will we get a lucky triskelion fragment? Head to Twitch to find out.