What’s that coming out of the ground? It’s a WildyWyrm[help]! For the next two weeks (until the week commencing 7th March), these overgrown cousins of the strykewyrms will be underground in three multi-way areas of the Wilderness, waiting for members to stomp on their hiding places. Wake one, and player-killers will find that their battles take a turn for the chaotic: a towering WildyWyrm will rise up and attack from all three corners of the combat triangle, attempting to drag players underground, remove their ability to use prayers, and even hurl balls of flame that bounce from one adventurer to the next.

These monsters have a combat level of 382, but they have the potential to become far more dangerous, as Jagex Moderators know that the WildyWyrm’s mind is weak and can be controlled. With the WildyWyrm under their control, the moderator can choose whether it attacks with melee, ranged or magic, and, more importantly, they will be able to increase the creature’s Defence and Attack, raising it to a potential combat level of 562! Sadistic JMods will even heal the WildyWyrm to make sure that the WildyWyrm is more than just a nuisance as you player-kill.

Mandrith and other Edgeville characters will announce if a Moderator has taken control of a WildyWyrm in the Wilderness. WildyWyrms do not follow the rules of traditional strykewyrms, so you do not require any Slayer levels or the use of a fire cape to fight it.

If you are fighting a WildyWyrm, keep your eyes open for JMods in the area; if one takes control of a WildyWyrm, you will find that the name of the WildyWyrm changes to that of the JMod in control of it. While under control of a JMod, you can guarantee that the fight will become more dangerous and prolonged, so be prepared for the additional difficulty.

The WildyWyrms are located in dangerous, multi-way areas of the Wilderness. It is likely that other players will attempt to player-kill you as you fight in these WildyWyrm areas, due to the increased danger, so only player-kill here with items that you are willing to lose. As with the rest of the Wilderness, you will not leave a gravestone behind when you die, and your items will be visible to the player who dealt the most damage to you (or to everyone in the vicinity if no player damaged you). Click here[help] to read more about the Wilderness.

Contribute to the death of a JMod-controlled WildyWyrm and you will receive the guaranteed reward of a cooked fury shark. Defeat a normal WildyWyrm and there is a small chance of receiving this untradeable drop.

Fury sharks are delicacies that heal 230 life points in combat and 280 life points outside of combat. That makes them second only to the baron shark in terms of life point-healing fish. If dropped on the floor, a fury shark will be visible as a conventional shark to other players.

The fury shark will stay fresh until the week commencing the 28th March, 2011, when they will rot away into nothingness. Make sure you eat your sharks in that time – you’ll never forget the flavour!

When entering the Wilderness, the default draw order has been changed to what PvP Worlds used to use. This means that players will once again appear over familiars. 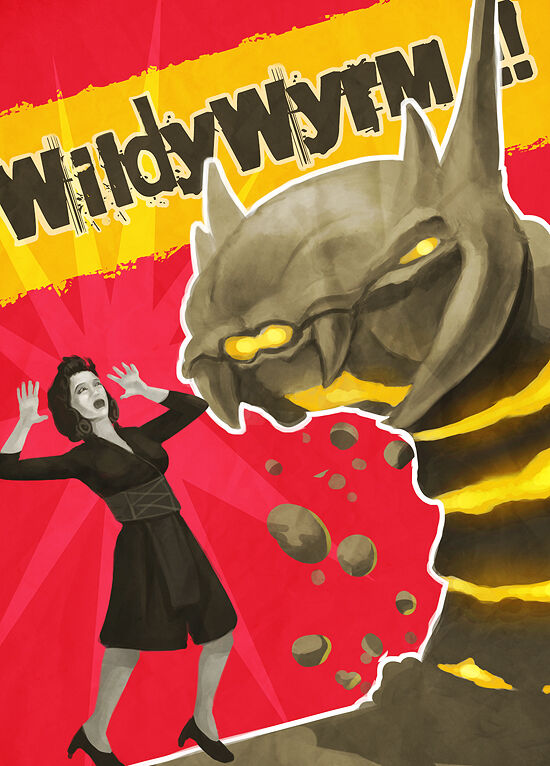