Barbarian Assault is brought bang up to date in today's RuneScape update – inspired by PrimalMoose's winning pitch at RuneFest 2013.

There's an all-new hard mode, where you'll rally your friends to take down the terrifying Penance King.

Existing rewards that you know and love have been revitalised, and we’ve added some new rewards into the mix.

The new rewards include four pocket-slot insignias - granting benefits to combat, gathering and healing - and a lore book revealing the origins of the Penance and their king.

Finally, there's a graphical rework of the Penance creatures, plus countless fixes, tweaks and quality-of-life improvements.

Read on for further details, or log in now and head over to the Barbarian Assault HQ, far north of Ardougne. 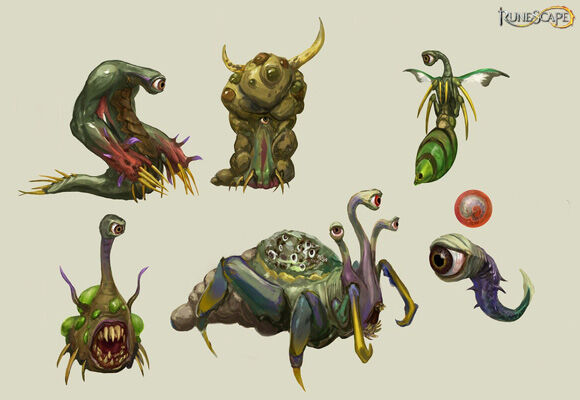 Barbarian Assault is a safe, team-based minigame where you'll help the Fremennik hold back an onslaught of extra-dimensional horrors: the Penance.

You'll take on one of four roles - Attacker, Defender, Collector or Healer - and work with your teammates to survive ten waves - facing the deadly Penance Queen at the end.

Succeed, and you'll receive honour points to spend on rewards. These include Penance-themed armour and weapons, plenty of bonus XP, and a whole host of new rewards released today.

If you've never given Barbarian Assault a go, now's the time. The best way to get into the game is to head over to the Barbarian Assault HQ - accessible with a games necklace, or a walk north of Ardougne - and speak to Captain Cain for a full tutorial.

The core element of the pitch was a hard mode, aimed at challenging high-level players with top-end gear, where you'd encounter the mighty Penance King. That's exactly what we've brought you today.

The first nine waves will be significantly more difficult than before, with larger swarms of Penance creatures, all with upgraded abilities and stats improved over their normal-mode counterparts.

If it gets too difficult, you can switch back to normal mode during any wave. However, you forfeit the option to fight the Penance King in the final wave.

Please note: we will not be publishing any information on the Penance King's mechanics on our wiki until Thursday the 28th of August.

This rework wouldn't be complete without some sweet new rewards:

We've also updated many of the existing rewards:

Visit the wiki for full details of the rewards.[help]

Barbarian Assault is one of RuneScape's longest-standing minigames, and it was important to bring it in-line with today's game:

After a great player pitch and a ton of your feedback, Barbarian Assault's back with a vengeance. We can't wait to hear all about your exploits over on the forums.