Barrows - Rise of the Six

Barrows - Rise of the Six

Sliske's beefed up the Barrows Brothers, and that means one beast of a boss battle. In Rise of the Six[help], you'll team up in fours to face all six siblings at once - each one more powerful than he's ever been - and earn some monstrously good rewards. Loot includes level 90 shields for each combat type; materials for smithing level 90 power-type melee armour; and six spookily adorable bobblehead pets. 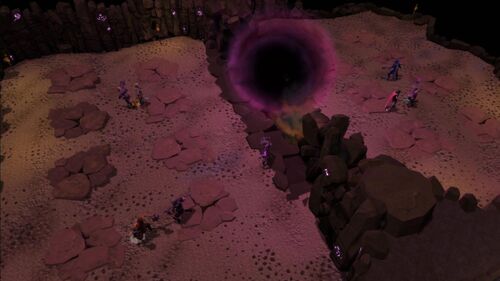 Just north-west of the Barrows themselves is a well which serves as an entrance to the Shadow Dungeon: the staging ground for the fight. When you wish to enter the well, you'll need a Barrows totem[help]: an item that can be obtained as a drop on regular Barrows runs, or traded for. One of these allows you to create or join an instance, and grants you access to that instance for as long as it lasts - that is, until you win, or everyone in your group dies or leaves. 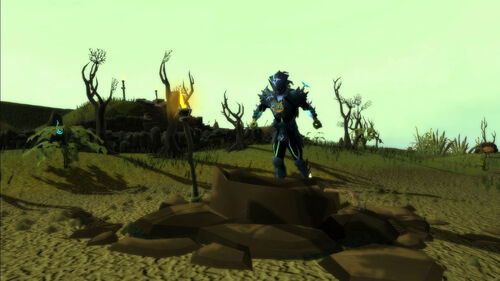 Find your way through its depths and you'll reach a chamber containing a portal to the Shadow Realm. Make sure you're prepared and geared up at this point - you'll need at least combat level 180 to stand a chance, with the very best gear available and every ounce of teamwork and combat skill that you can muster. When you're ready, click the portal and agree to Sliske's challenge - and do all you can to survive!

Please note: we're not putting any in-depth tactics for Rise of the Six on our wiki at this time. Beyond these basic pointers[help], you're on your own!

The rewards for prevailing are some of the most impressive seen yet. First up, there's malevolent armour - level 90 power-type melee armour that sits alongside the mighty tectonic and sirenic sets. There's no better gear in the game for dishing out damage up-close, and the protection it offers is only exceeded by superior tetsu armour. It's made by level 91+ smiths, using stabilised malevolent energy[help] - a resource that can be won by escaping the Shadow Dungeon with your life - as well as reinforcing plate[help] bought from Saro in Keldagrim[help].

It degrades in the same way as the other level 90 power armours - so it can't be repaired, and when it's used up, it disintegrates - but that's a small price to pay for looking this blood-curdlingly cool. 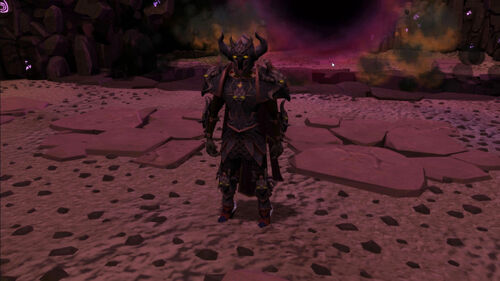 Other loot on offer includes three level 90 shields - one for each combat type. They degrade in the traditional way, so they become unusable when fully degraded and can be repaired at Bob's Axes in Lumbridge, or at an armour stand in your player-owned house. They look amazing, and should be top of every high-level tank's wish list.

Finally, there are six new companion pets to pick up - each a significantly cuter version of one of the six Barrows Brothers. To get one, you'll need to use 500 malevolent energy with the Grand Exchange set item for one of the Barrows armour sets (note that this won't work with Akrisae's set). If all six of these little fellows meet each other in public they'll interact, so bring out the bobbleheads when you're meeting your friends. 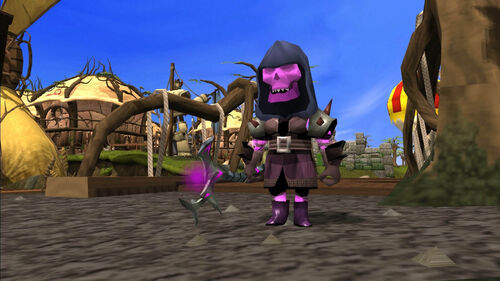 How to start Rise of the Six[help]:

See some of our players trying Rise of the Six for themselves in our latest Behind the Scenes Video: