For the last 12 years, we've been thinking about bacon. Yes, I know! Only 12 years you say? Well, the truth is that the Cooking skill has always had plenty of things to cook and snack upon, so if we're going to introduce bacon - the king of meat products - to RuneScape, we have to do it right.

Bringing Home the Bacon really celebrates everything that makes RuneScape quests so special. You don’t need an arch nemesis or powerful world-eating demons to make a fantastic story. Sometimes you just need some crazy NPCs and a good dollop of British humour. 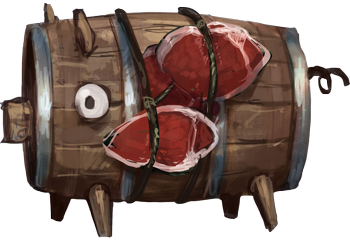 It is a quest designed around comedy and bacon, with the comedy slightly dark and the bacon extra crispy. It features Eli Bacon - a reclusive, slightly suspicious-looking farmer who discovered the delicious secret of pig meat after a tragic accident, involving his prized wrestling pig and a fire. Can you help him keep the pig population sustainable when this knowledge is released to the ravenous masses?

The main quest content is aimed at lower level players but the rewards will scale as you level up, remaining useful all the way up to level 84 in various skills. The biggest of these rewards is a type of familiar that levels with the player and has a choice of support abilities, including restoring prayer points. There are also stacks of bacon and other delicious pork products which can heal 10% more life points than food of comparable levels. Overall, this is an old-school quest with new-school rewards that we hope everyone will enjoy. Perhaps you’ll even meat some other bacon-loving hamateur chefs along the way!

Vorago is the hardest boss we've ever made.

Sure, we always say that, but it's true - when we develop a new, high-level boss fight, our first objective is to give you one mother of a challenge. This is no exception. Vorago's a hella-serious opponent who'll need a truly dedicated group to defeat him.

Vorago is a creature of Gielinor - formed from the very rock that makes up the planet and suffused with the spirit of the world - the Anima Mundi. He wants to know more about recent world-shaking events - especially if the gods are going to start throwing their weight around - so challenging the mightiest heroes of the world seems like a good way to warm up. 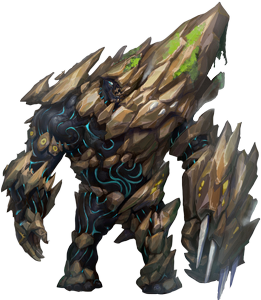 Vorago is one of the best looking NPCs we have ever made - check out the recent BTS video if you haven't already. His design, animations and the environment he lives in, are truly something amazing. He’s also supported by some cracking new audio, making the whole experience of fighting him something rather unique.

Each fight with Vorago takes place across several different stages, with new tactics to learn and attacks to master on each of those stages. His attacks are dynamic, which means they can change depending on the tactics, abilities and techniques you use against him. Plus he’s got plenty of special surprises up his rocky sleeves, as well as several attacks that can spell instant death for even the hardiest adventurer. You’ll need the very best gear and stats if you want to stand a chance against this ferocious foe, and you'll have think quickly, work as a team and use the environment to your advantage.

The rewards available are just as impressive as Vorago himself. We are introducing new level 90 magic weaponry - a wand and orb that'll be best-in-slot for kicking out magic damage. There'll also be the raw materials to make level 90 magic armour, which will require a high Runecrafting skill level to create. There’s also an ultra-rare new pet up for grabs!

Later this week on Wednesday 3rd July we have a special announcement related to RS3 to make. Make sure you check out the news posts and videos released on that day.

We’ve been working hard on organising RuneFest this year, and we know for sure that it will be taking place on the 2nd of November, somewhere in the south-east of England, UK. So if you want to come along, do make sure you save the date on your calendar. There'll be more information on RuneScape.com and RuneFest.com soon. We can’t wait to meet you all again.

There's a brand-new tradeable rare in game right now - the Crown of Seasons - capable of changing its form depending on the seasons of the world. You can make one from items found while skilling, or won on the Squeal of Fortune. Take a look here for more information.

We're also releasing a new batch of slayer masks. In the same way as the previous set, these masks can increase your Slayer XP on certain assignments and have various other benefits to those looking to slay their namesake creatures. They look really cool too! Creatures featured in this set include banshees, dust devils, gargoyles and jadinkos.