The time has come for Saradomin or Zamorak to emerge victorious, as the Battle of Lumbridge reaches a dramatic climax. Not to be outdone, the rest of September has a sense of grandeur – complete super challenges for superhero gear and double XP; gear up for an axcellent finale to the dwarf quest series; prepare for an insane addition to Vorago; and claim domination of Daemonheim with a new Dungeoneering task set!

This September, we're trying a new breed of bonus event: a 'super-challenge' every day this month, colossal rewards for completing super challenges, plus boosted XP from regular challenges! The event is called Super September, and it takes advantage of the Challenge System (for those of you who haven't used it, the Challenge System showcases content in RuneScape that you might have forgotten about by giving you a new challenge to complete every day).

Super September will add one super challenge to your Challenge System every day in September, on top of your conventional challenges. These challenges won't be what you've come to expect; they will be 'superhero challenges', and they'll require you to traverse the world, collaborate with other superheroes, and bring justice to the world of RuneScape. Be prepared to eat inventoryloads of bananas, contact the kings and queens of RuneScape, and kill the villains of the world!

There will be a new super challenge every day, starting today, so log in regularly to unmask the challenges. For those who complete a superhero challenge, there's a hulking amount of XP on offer. And that's not all: if you're a consistently active superhero, you'll be able to look the part. Superhero rewards are available every 5 challenges you complete, including a full superhero outfit, super titles, lightning bolts, claws, a superhero shield override, and my personal favourite – a new emote which takes you soaring through the air, landing dramatically on the ground with your fists on your hips, like a true superhero! Players who complete all 30 super challenges will, amongst other things, receive a gold version of the superhero outfit. 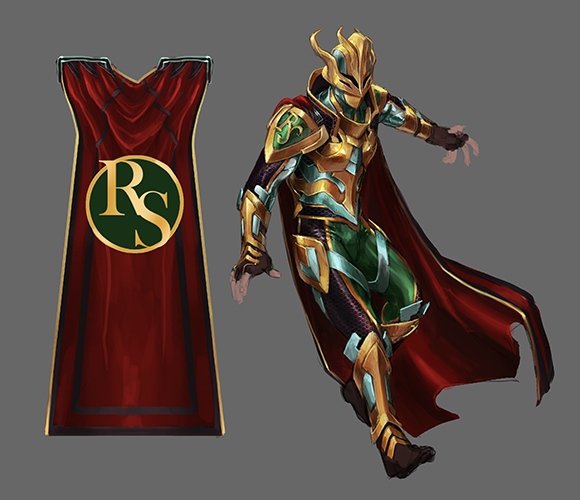 Two super challenges will have hiscore tables, lasting one week each. 'Farmyard Rampage' and 'Bulldog' will allow you to complete their requirements as many times as you like, with supreme superheroes being featured on a seasonal hiscore table. At the end of the week, the top 1000 on that table will be rewarded with 2 new titles and, if you haven't won it by completing all 30 of the super challenges, a gold version of the superhero outfit.

So, remember to check your superhero challenge each day, and hand them in before September ends! Superheroes assemble!

The true superheroes of the Dungeoneering Task Set are you – the players. The majority of tasks and rewards were suggested by you on the forums. We can't thank you enough for your contributions; the list is exhaustive and rewarding enough to bankrupt Bilrach!

So, what to expect? Easy tasks will include a game of Sinkholes, and defeating a boss solo. Elite tasks won't require level 99 Dungeoneering or above, but they'll take you pretty close: craft and wield a spiritbloom orb, or kill a warped gulega while avoiding its '1 lifepoint' attack. The majority of other tasks will be completeable regardless of whether you play solo or in larger groups. As a small sample, you can expect to wear a fully upgraded ring of kinship; gain the 'Beast Mode' title; and kite Bal'lak the Pummeller into his own rifts.

For rabid dungeoneers, the rewards will be the kicker. Take a deep breath, as there's a few of them: XP, Dungeoneering tokens, additional bind slots, Smuggler price reductions, secondary ring tracks, extended resource dungeons, additional gatestones, crab hands, and even a Thok headbutt override. And that's just scratching the surface. Many of these will be activated by wearing the Dungeoneering Task Set's reward item, the Dungeoneering Aura.

All of this neglects to mention the most daunting, but also the most awesome of rewards: a Dungeoneering 'hard mode'. Complete every floor on hard mode and you'll gain the prestigious 'of Daemonheim' title!

Will Daemonheim be the stage of victory, or your grave?

Continuing the theme of updates designed by you, Birthright of the Dwarves includes THREE elements made by players. Athonen won a competition to create a chaos druid leader, and Adraman produced a stunning concept of a 'chaos giant' creature [link to newspost], both of which arrive in-game. Additionally, several high level players came into the Jagex offices, armed with ideas from the community, helping us to design a new addition to the Lava Flow Mine. 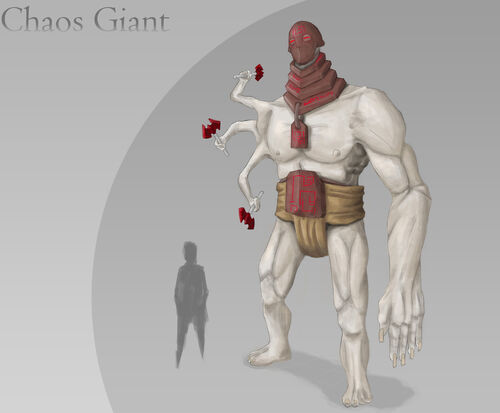 These three will be included in our latest Grandmaster Quest, Birthright of the Dwarves, where you will explosively end the dwarf storyline. Form an army and take the fight to the Red Axe by assaulting their secret base, which will be filled to the brim with chaos dwarves, dwogres and cannoneers. It won't all be combat: there'll be mental battles to be won, as you travel into the memories of your allies and enemies. The fate of Keldagrim, Veldaban and a number of other characters will be left entirely to you, as you're presented with choices of great gravity on the way to victory.

Return in one piece and you'll be laden with rewards: grandmaster levels of XP, three new dragon weapons, an Imcando pickaxe that acts as a Mining/Smithing version of the inferno adze, and the aforementioned additions to the Lava Flow Mine.

So, if you plan to bring the dwarf storyline to a glorious end, make sure you are combat-ready, have completed King of the Dwarves, and have a Mining level of 80, a Smithing level of 82, and a Strength level of 85.

A full-blown war between the Black Guard and the chaos dwarves demands scope, bombast and a new dwarf graphical rework. Duly, you can expect a complete graphical overhaul of all dwarves, not only in Keldagrim, but in the wider world too! From Thurgo to Veldaban, the dwarven models, animations and chatheads will all be brought in line with the stockier dwarves that you may have noted during What's Mine is Yours, or when training at the Artisan's Workshop. 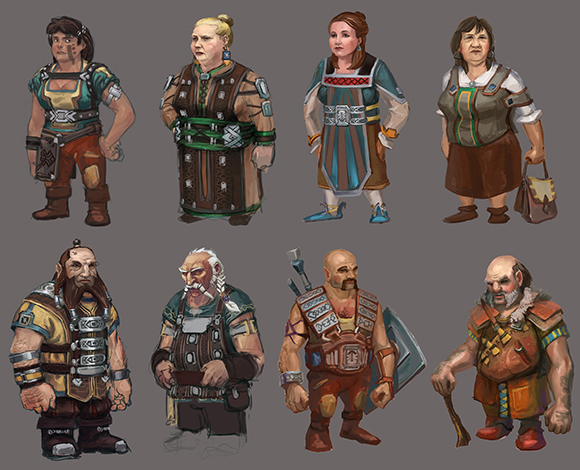 There's more for combat enthusiasts in September than dwarves. Vorago has been testing your mettle for over a month now, and he's ready to unleash a spectacular new attack rotation on anyone worthy enough to face him. You better beware, as he'll be firing his new 'green bomb' this month!

This is only the beginning, as Vorago has only been warming up for a main event. We're keeping our cards close to our chest for the moment, but watch out for an exclusive Twitch event with Mod Chris L (Vorago developer), Mod Ryan and Mod Oliver (QA) to learn more about a surprise Vorago addition this month, when Vorago takes it to the next level for the most insane challenge yet!

With RuneScape3's new interface system you can move and customise where you see your buffs and debuffs. This month, we'll be adding the 'time remaining' to the effects on these icons (such as Overload), so you can have more accurate feedback on when they expire

The Battle of Lumbridge – The Epic Conclusion

Where do you go after all that? Well, this is the month when it happens: the Battle of Lumbridge blazes to a conclusion and a god stands victorious, while another is humiliatingly defeated. The world will be forever changed, as the shockwaves of this battle are felt in the world, as well as in upcoming game and quest content.

Before we get there, there are still choices to be made, and the tide of battle can still be turned. Choose between massive and powerful siege engines, which rain death and destruction down upon the battlefield, or mighty elite units who tear the enemy to pieces as well as stun those around them.

Make sure you have your say in the battle of Light and Chaos! Wherever the future of the 6th Age takes us, there is no turning back...

A quick mention should be made of three additions to the Solomon's Store this month, as they act as a sidekick to the Superhero September promotions. Critical hitsplats can be changed to comic book-style 'Pow!' and 'Bam!' Batman-style bubbles, while you will be able to purchase two new teleports: a superhero transformation before flying away, and a 'bulking up' teleport, where a fly makes you angry, changing you into a raging beast before leaping away. Incredible!

This, however, is only a plan - not a promise - that a particular update will be released in a particular way or at a particular time. To get you the highest quality updates as quickly as possible, we usually keep on tweaking and testing right up until the moment before release, so sometimes things change or take a bit longer than expected. We aren't afraid to change our plan if necessary, as we will never launch an update before it is ready.
Retrieved from "https://runescape.fandom.com/wiki/Update:Behind_the_Scenes_%E2%80%93_September_2013?oldid=8794557"
Community content is available under CC-BY-SA unless otherwise noted.