Our longest-running quest series concludes this month with Plague's End - a massive Grandmaster quest that's also the lead-up to the opening of Prifddinas - the Elf City - later this year.

There's also a month-load of clan updates and events, a boss-bashing Slayer update and a player-pitched overhaul to Barbarian Assault. It's looking like an awesome August for RuneScape!

There’s a massive milestone for questers this month as we bring you Plague's End: the exciting conclusion to RuneScape’s longest running quest series, which began with Plague City back in 2002.

It's a sprawling, two-hour+ Grandmaster quest that'll see you start a revolution, complete light puzzles, seek out the lost leaders of the fabled elf clans, and finally come face-to-face with the legendary Dark Lord himself. 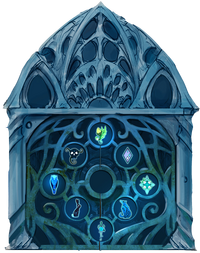 Earn huge rewards like 500k XP over a range of skills and a special outfit to help you with all your Thieving needs.

This quest's also the prelude to the opening of the awe-inspiring Elf City when it starts to open next month - and you'll need to complete it if you want to get in.

Get working on the requirements, listed below. You definitely don't want to miss this epic quest.

The elves aren’t the only ones to breathe life into their clans this month. You’ll also benefit from a batch of improvements to player-run clans, as discussed with you on the forums over the last year.

We're also bringing in a bunch of temporary benefits for the Clan Month:

We're also making some more functional improvements to clan systems like links to the clan homepage on the vexillum interface - and more.

There’s never been a better reason to start recruiting for your clan or join a clan if you’re not already in one. Perhaps you’ve got a citadel that you’ve been neglecting - go and give it some TLC!

The ninjas have been busy too, bringing you a Slayer update we're calling Soul Reaper.

You see, Death is getting a little frustrated with the amount of life these boss monsters have, so he wants you to kill them. All of them. Lots and lots of times.

As a reward for completing his special assignments, he’s happy to offer fat chunks of Slayer XP, plus access to a brand new gem - which can be crafted into some tasty, top-tier jewellery. These are far more powerful than the onyx gear you have available right now, although they still require onyx to craft.

You’ll also be able to earn larger bonuses to your health in PvM battles via the bonfires and get access to some new stats showing you your best times for killing each boss - plus a record of how many times you've killed them.

After an amazing pitch last year from PrimalMoose during RuneFest’s Dragons'-Den-style competition, we’ve taken Barbarian Assault and shoved it down the gullet of a Penance runner. It’s been slashed viciously by a Penance fighter, gnawed on by a healer, eyeballed by a spawn and revived by a Penance Queen - more deadly and rewarding than ever before. 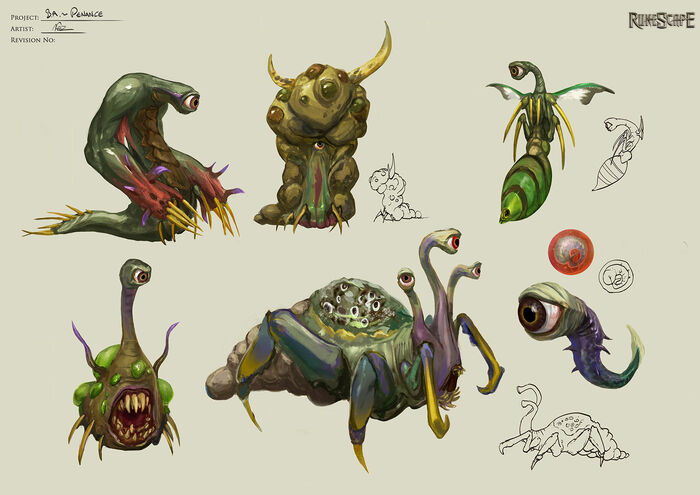 Take on the new hard mode to fight the Penance King, using all the teamwork you can muster! Experience a shiny new environment, improved Penance creature graphics, and updated rewards! Plus, dual-wield flamethrowers!

The whole minigame is really quite fantastic, and the feel and vibe of the original game is still there - just even more MEGA.

There are brand new rewards too but you’ll have to try it out to learn more about them.

With absolutely no level requirements, there's no excuse not to go try Barbarian Assault! Access to the minigame can be found by the Barbarian Assault course - just a click of a games necklace away.

You’ll be able to find some brand new wings and tails to play about with in Solomon's Store this month, and we're releasing our 1000th music track: a real labour of love from our cracking Audio Team.

Hopefully you’ll be able to recognise some of our inspiration and even hear quite a few Jagex voices involved in the track. Don’t forget the awesome new emote for it too!

We've listened to your feedback and are making some tweaks to the world map icons - bringing them back in line with what you're used to.

Don’t forget that we're also releasing a huge number of dormant account names for you to use and making some significant changes to the Adventurer's Log - like being able to see your skill history.

This, however, is only a plan - not a promise - that a particular update will be released in a particular way or at a particular time. To get you the highest quality updates as quickly as possible, we usually keep on tweaking and testing right up until the moment before release, so sometimes things change or take a bit longer than expected. We aren't afraid to change our plan if necessary, as we will never launch an update before it is ready.
Retrieved from "https://runescape.fandom.com/wiki/Update:Behind_the_Scenes_-_August_2014?oldid=11197238"
Community content is available under CC-BY-SA unless otherwise noted.