We felt that producing a piece of content, which would appeal both to those players who prefer combat and those who prefer non-combat skills, was a major challenge for us. So, we put our thinking caps on and the result is this month’s headline update: 'Stealing Creation'. Stealing Creation will be a new 'safe' minigame, where teams of players work together to control resources across the game area. This area will change each time the game is played, so you will need to keep your tactics varied.

The game will focus on collecting 'sacred clay', thought to be the building blocks used by gods to create worlds. You'll enter the minigame with nothing, which means you'll need to use your skills to gather resources and make the equipment you need to dominate the game. For those of you who are just as happy making swords as you are using them, it will offer lots of choice as to the kind of experience you want to have playing the game. But what of the pure skillers? Can you create equipment for your battling buddies while they defend your back? Can those doing the fighting rely on someone else to make them powerful? With the added ability to fight as a clan, battles can be organised for very specific groups of players. So, if you want to gather with your clan buddies to take on your enemies, you will be able to.

Speaking of enemies, Zamorak was once mortal like the rest of us, but through clever manipulation and some devious planning he became revered as a god in Gielinor. The god wars that followed brought about great destruction and change – it would be impossible to do that now, wouldn’t it? What does it take for something like that to happen? Gathering some of the most important artefacts and keenest minds to research them would be a good start...but that is bound to attract attention, isn’t it?

That’s where our November quest will join things. Specialists and concerned dignitaries will be gathered to discuss the whereabouts of the Staff of Armadyl, an ancient and powerful artefact from RuneScape's distant past. All they will need is a willing adventurer to conduct the more interesting parts of the...investigation. Will this link to the mysterious dragonkin symbols found recently, or the rumours of the dragon forge? While Guthix sleeps through the centuries, treachery is afoot, and terrible dangers appear on the horizon. In our first Grandmaster quest ever, with the longest, deepest storyline we have ever attempted, it will take an expert adventurer to find out.

Finally, after that huge update will come something much, much smaller! For a few days over the last weekend of November, you’ll notice Thanksgiving turkeys wandering around the map, gobbling and generally minding their own business. Hunt them down for some tasty drumsticks or find the turkeys in disguise for a special reward. Look out for more short celebration updates like this in the future.

Some months ago, we asked you to vote on the next Summoning familiar, and you chose the phoenix. There were some great discussions on the forums taking the idea far beyond what we had originally imagined, so we decided to expand the idea out to another 'Distraction and Diversion' similar to the Shooting Star update or Bork from the Chaos Tunnels. You’ll find this update (planned for early next year) features not only a new Summoning creature and a repeatable activity, but also a quest! 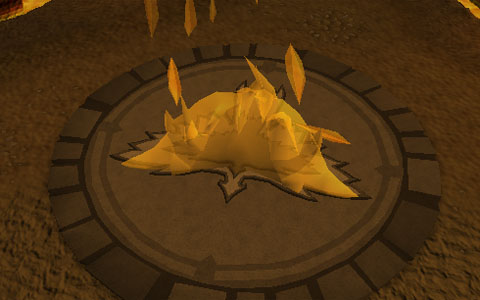 With any tactical game you need to spend a long time fine-tuning its different aspects to try to make it as fair, balanced and fun as possible. Mobilising Armies, our headline update for December, is no different and we have been working hard to tweak the key scenarios for this: Conflict, Siege, Hoard and Rescue. We'll have more on this update in next month's Behind the Scenes but in the meantime we have another screenshot for you. 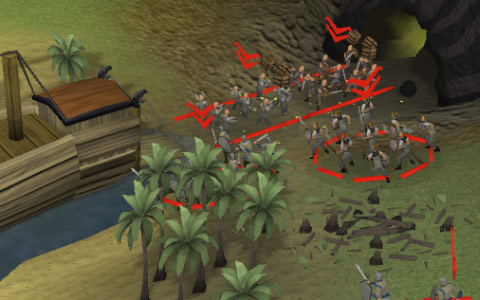