Tears Of Guthix: Go with the Flow (Members Only)

Our first update this month is a refresh of our weekly Tears of Guthix D&D. We’ve updated the XP rewards for everyone, so that it can compete with more recently introduced ways of gaining XP, meaning that your weekly visit to Juna will be far more rewarding. If Tears of Guthix is something you’ve never tried, then this is a great reason to give it a go! We’ve also let the graphics team loose on the area, meaning that the cave, light creatures and Juna have had a spectacular facelift that’s so awesome it almost made her cry with joy. 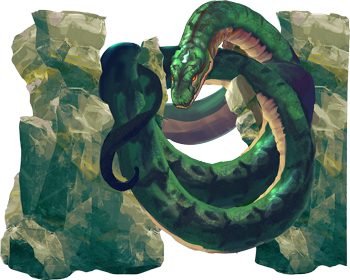 If you’re blessed with 80 Mining and Crafting, and you’ve completed the Tears of Guthix quest, you’ll also have the brand new option of making a bigger ornate bowl to catch those precious tears, meaning yet more XP - up to five times as much you'd have got pre-update - for your lowest skill.

As mentioned earlier in the year, we’ve been carefully looking at the XP rates for small Dungeoneering groups, and were ready to make some changes. We’re still committed to giving the biggest rewards to groups of five players, but we’ve listened to your feedback and run countless dungeons ourselves to come up with a system that’s fairer to all.

Groups that contain fewer than five dungeoneers will receive an XP boost, with solo group XP being doubled as a minimum. Solo XP at higher levels can now reach figures of 350k per hour - possibly even higher depending on the room-raiding qualities of the adventurer. While it’s still most rewarding to explore in a group of five, those of you going it alone or in small groups will find your dungeon-delving more worthwhile than ever!

Don’t forget that this means an increase to your Dungeoneering tokens too, meaning that ever-elusive chaotic or bonecrushing equipment will finally be in your grasp.

For the second time this year, we are releasing two exciting quests at the same time, focusing on one of our heroic trio of adventurers. The first of these quests will be an addition to the free game, and is a replacement for the old Rune Mysteries quest. This time, it’s Ariane’s story that’s explored, and it’s a story that reaches back to the very foundations of one of our oldest game areas – the Wizards' Tower.

Expelled for using forbidden knowledge, Ariane's returned to the Wizards' Tower to face a grave threat. It has long been known that the Wizards' Tower was built on the ruins of an older one, destroyed by a conflict between Saradominist and Zamorakian wizards, but the details have been buried for centuries. With these quests, the full story is revealed as you strive to help Ariane uncover the tower's lost secrets and save the wizards from an unknown peril. 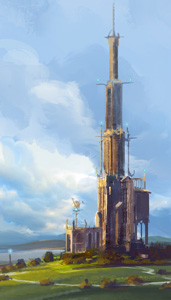 As with the Ozan quests earlier in the year, this launch will see huge reworks of some of RuneScape’s oldest areas. The Wizards' Tower itself has been redesigned from the ground up, featuring a portal beam instead of stairs, animating bookcases and four floors of enchanted wonders. The audio team have - once again - really made the environment sing with joy and, of course, given every character a new voice. The Runecrafting Guild has also received some graphical spit and polish, so do make sure you pop by to visit.

Rewards for this rune-riffic extravaganza include new titles, new mage outfits, a new mage weapon for low-level players and rune essence rewards that grow as your Runecrafting levels increase! There will also be additional, hidden rewards for higher-level players.

Another update this month inspired by player feedback is an update to the gravestones in the game, or - more specifically - the way in which you interact with gravestones after an unfortunate encounter with death. We’ve created an interface to hold your items rather than drop them all to the floor, meaning it’s far easier to pick and choose what you wish to take, rather than picking from a list of items. We’ve also added a “take all” and a “re-equip all” button, which should help you get back to the action after reaching the site of your untimely demise. Of course, Death himself wanted a “reap-all” button, but we decided against that.

Perhaps the largest update this month, and certainly something that every player will use on a daily basis, is a complete overhaul to the interfaces and systems used when making items. It takes all the information about item production - experience, value, Grand Exchange and Alchemy prices, skill and item requirements - and presents them in one place. This means you won’t have to frantically check through skill guides or websites just to work out how to train those precious skills. It also includes some brand new features (as well as maintaining the older ones) like being able to clean inventory-loads of herbs.

Combat Academy and Beta Access for All (Free Players & Members)

We will soon be launching the tutorial for the Evolution of Combat into our beta worlds, and will be opening those worlds to every single player. The Combat Academy - as it's called - is a great way to learn how the new combat system is going to work. To encourage you to try it out, we’re offering a generous XP rewardto the live account of players who complete both the Combat Academy and a quick in-game poll. These tutorials will be located in Lumbridge just north of the castle and are quick and simple to master, so do log in and let us know what you think. We thrive on your feedback, so the more people involved, the better. The new combat system is almost ready for launch, so this is your best chance to be ahead of the crowd!

Solomon's Store is packed to the rafters with cool cosmetic gear this month. First up, the Dragon Keepsake Box goes on sale. This nifty gadget allows you to turn any item into a cosmetic reskin for its usual slot, so you can take on Nex with your p-hat perched proudly on your head.

Later this month, Solomon's also stocking the first hero packs, which include costume and weapon reskins and teleport animations fashioned after iconic RuneScape heroes. With these, you can rock that Ozan panache or wield magic with beguiling style like Ariane.

Yelps is getting in on the action too, with replay tokens for your favourite D&Ds cropping up on the Squeal of Fortune. Another monthly run at the Troll Invasion? An extra weekly bash at the Circus or the newly reworked Tears of Guthix? Don't mind if I do!

Full details are coming later in the month, so keep an eye on the news and on the forums.


This, however, is only a plan; not a promise that a particular update will be released in a particular way or at a particular time. To get you the highest quality updates as quickly as possible, we usually keep on tweaking and testing right up until the moment before release, so sometimes things change or take a bit longer than expected. We aren’t afraid to change our plan if necessary, as we will never launch an update before it is ready.
Retrieved from "https://runescape.fandom.com/wiki/Update:Behind_the_Scenes_-_November_(2012)?oldid=6741084"
Community content is available under CC-BY-SA unless otherwise noted.