Much like a good book, September has villains in Lord of Vampyrium, fantastic locations in Prifddinas Waterfall Fishing, and a terrific ending with the Double XP Weekend on the 25th. With Balthazar's Raffle running throughout, you won't be able to put RuneScape down!

Every day in September, Balthazar will be asking you to roll up and take part in his raffle. He'll offer one ticket a day from his tent near Burthorpe lodestone, so make sure you visit him from the 1st of September.

He'll also throw in an additional ticket per day if you complete one of two tasks: a daily challenge, or searching the world for his star act – Gilly Willikers the clown – who has gone missing, and could be tumbling anywhere near the lodestones of RuneScape.

The choice is yours: enter your tickets on the day you get them, or save them up for a killer prize. There's something different each day, and they continue to rotate throughout the month. We're expecting people to go crazy for the golden Barrows armour, as they Dha-rock:

There's something new to the raffle this year: Balthazar's Bargain Barrel Blowout. For every five tickets you hand in, you'll receive a Rummage token. After the raffle is over on October 1st, you can cash in the token to take a dip in Balthazar's barrel. You'll find lamps, resources and a rare chance at a golden Akrisae Barrows set!

It's been nine years since Castle Drakan was added to the game, and this month's Master quest - The Lord of Vampyrium - opens the gates and beckons you inside. 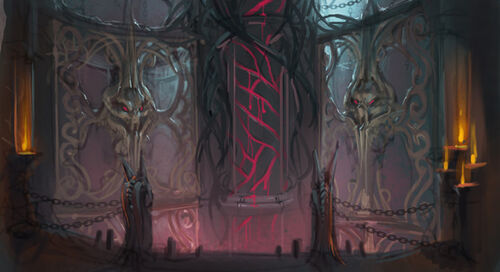 The story starts with something that has not happened for centuries: Lord Drakan has shown his face in public. There is no clue to what he wants, or why he has chosen this moment, but the Myreque don't care. This is a gilt-edged opportunity, and they will grab onto it with everything they have.

Take your place at the head of the Myreque, break into Darkmeyer and bring an end to his reign. There's no turning away now: it is time to kill or be killed.

The Lord of Vampyrium is the penultimate quest in the Myreque series, and has some steep master requirements, so make sure you're ready when it swoops down in September:

You would be hard-pressed to find a quest as dark, desperate and intense as Lord of Vampyrium, and we think you'll go batty for it. Personally, I'm looking forward to counting the gravestones outside of Castle Drakan on day one. 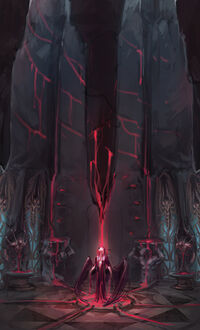 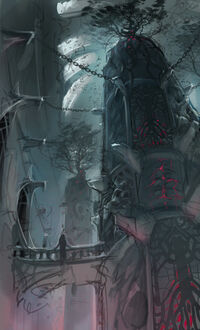 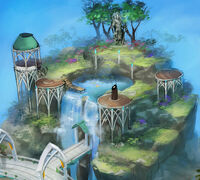 Between the Meilyr and Crwys clan districts, you will be able to clamber up the sides of a waterfall to a secret fishing spot. Once there, you'll be able to kick back and fish crystal urchins to your heart's content.

This is a low effort activity, similar to the Seren Stones. It's not the top XP in the game, but it's very competitive, and is a great way to train while chatting with your friends. We'll even throw in the odd distraction, like a giant urchin, geyser or leaping urchins.

You'll be able to trade in urchins for rewards and experience, including a crystal fishing rod and homes for the much-sought-after hermit crab. This little beauty can only be found through fishing in the new spots, and will live in any home you buy for it, such as the treasure chest and old boot. 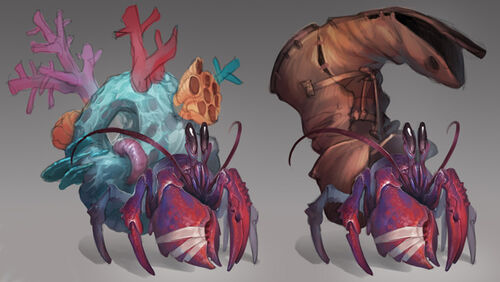 For many of you, September will be all about Double XP Weekend, starting 25th of September. That gives you a month to get prepared, hoard resources and aim for serious gains!

Throughout the month, we have fine-tuned the updates and promotions to aid you on that path. Balthazar's Raffle offers Bonus XP stars as consolation prizes, and protean packs and portable banks as prizes. Waterfall Fishing is prime Double XP fodder, too, and there is the small topic of Time to Train...

Time to Train and More

If you remember Time to Train, it's dead simple. Everything in Treasure Hunter becomes prismatic XP and XP-accelerating items. It's just the ticket for power-levellers over Double XP Weekend.

There are other glittery Treasure Hunter promotions to distract you over the month. Starfury armour lands on Gielinor, alongside the return of their partner weapons. These scaling combat sets are potent in battle but also offer mining bonuses at the Seren Stones. 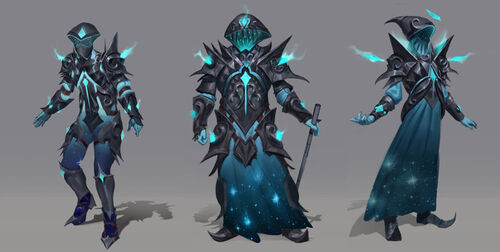 Finally, we'll be upping the number of Keepsake slots to 30, which might be of benefit when you see the bleakly beautiful items that Lord of Vampyrium has to offer!

Finally, 7th September signals the start of the 2015 Clan Cup! This your clan's chance to prove their skill, and we have amazing prizes up for grabs too. The Bossing Cup tosses out weekly boss challenges that would make the average player weep, while we're expecting the PvP cup to be a bloodbath. The Raids Cup steps it up even further, while the Skilling Cup has a different flavour entirely, testing your clan's ability to gain XP within a session.

Make sure you get your registrations in before 4th September if you and your clan want to start handing out family-sized cans of whoop-ass.

It may be the end of the summer and another year at university and school, but we think you'll agree that there's plenty to look forward to in this super September.

Next week sees the return of our new morning show, Good Morning Gielinor, as well as a selection of RuneFest teasers that you don’t want to miss – whether you’ll be at the event or watching from home!

Watch it on Twitch at 8.30 UTC (Game Time) and catch Good Morning Gielinor - Episode 1, if you missed it.

What is a Behind the Scenes article?

This, however, is only a plan - not a promise - that a particular update will be released in a particular way or at a particular time. To get you the highest quality updates as quickly as possible, we usually keep on tweaking and testing right up until the moment before release, so sometimes things change or take a bit longer than expected. We aren't afraid to change our plan if necessary, as we will never launch an update before it is ready.
Retrieved from "https://runescape.fandom.com/wiki/Update:Behind_the_Scenes_-_September_2015?oldid=14605050"
Community content is available under CC-BY-SA unless otherwise noted.