Brassica Prime and Marimbo have appeared near Lumbridge and the Cabbage Facepunch Bonanza has kicked off! Also XP-giving Guthixian butterflies spread their wings once more.

Read on to find out more, or log into RuneScape right now!

For our annual spring event, you voted for a Sixth Age battle between Marimbo and Brassica Prime. It's here - and RuneScape's never seen a contest quite like this! For two monkey-punching, cabbage-crunching weeks, the Cabbage Facepunch Bonanza is underway!

Head over to the former Saradominist war camp near Lumbridge to find Marimbo and Brassica Prime facing off while Holstein of the Godless looks on - baffled and a little uncomfortable. They're holding a contest to determine who's the better god (or Godless), and their followers are competing in an underground arena in their name.

To play, pledge your loyalty to Marimbo, Brassica or Holstein. Be sure to stick your speakers on, as the three are voiced by the mighty Mods Michelle, Raven and Liono! Then, enter the circular zone between the two thrones. When there are enough players, the minigame will begin.

If a player doesn't reach a safe zone in the time limit, or is killed, they will respawn in the middle zone as a gorilla. For the remainder of the game, their objective is to kill human players running across, earning points as they do so. The game ends when all players have become gorillas, or ten crossings have been made.

Reward points earned in the game can be spent on cosmetic capes, active and passive abilities to be used in the Cabbage Facepunch Bonanza itself, and several handy items that you also voted for in a recent poll. Seedicide automatically destroys seeds when they drop in combat, for double the Farming XP you'd have got from planting them; patch bombs instantly clear a farming patch for the full amount of XP and items (noted); and slayer VIP tokens give you a choice of two targets when you next start a new slayer assignment.

Although the minigame and most rewards will remain after the event is over, you have just two weeks to help your faction to victory, and to claim the awe-inspiring capes. Get punching! 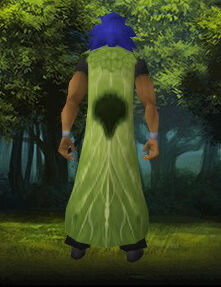 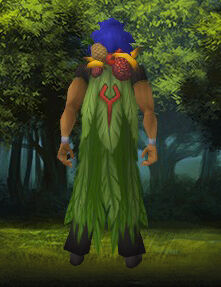 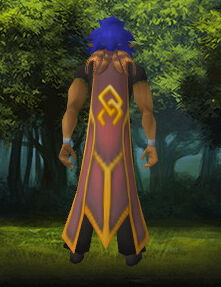 Enjoy, and let us know what you think over on the forums.

Last year, we let loose swarms of Guthixian butterflies as part of the Tribute to Guthix event. In memory of the slain god, the butterflies are back.

If you're a member, catching a butterfly grants you a chunk of XP in your lowest-levelled skill - much like Tears of Guthix. You can gain XP for catching up to 20 butterflies each day.

If you didn't before, you can collect up to 15 memories of Guthix by collecting butterflies. You'll get a memory every fifth catch, and can get up to four memories per day.

If you don' t have them already, you can claim the three-piece butterfly outfit, Butterfly Dervish emote and Sword of Edicts cosmetic override from Memstix, just north of Falador.

The butterflies will stay in game for two weeks - until the Cabbage Facepunch Bonanza ends.