Today's triple-header of updates includes something for everyone. First up, there's the Coinshare update, allowing high-level boss-fighting groups to enjoy the fairness and convenience that Coinshare brings without negatively impacting the economy. Next up, our first batch of upgrades to the World Map have made this vital interface nigh-instantaneous to load and slick to use. Finally, our new tutorial gives new players a whistle-stop tour of RuneScape gameplay, before the Path System leads them to the very best novice content the game has to offer.

Coinshare's a cracking way for everyone to get quick, fair returns when fighting in a group of friends. Until now, though, it's caused some issues for the RuneScape economy, as it meant that particularly valuable items were being sold at set prices more often than they would otherwise. Today's changes remedy this problem, without sacrificing the convenience and fairness that makes the system great.

Under the new system, certain valuable drops are converted to shards instead of coins. Each item is broken down into 120 of these, and split evenly across all eligible players. These will be sent straight to the players' banks, and can then be sold on the Grand Exchange at a price of each player's choosing. Those in the market to buy one of these valuable items can then choose between buying the whole item, or buying 120 shards and combining them.

This way, everyone using Coinshare gets their cut of valuable drops, while allowing those drops to work naturally within the RuneScape economy.

Today sees a range of technical and utility improvements to the World Map, making it the indispensible adventuring tool it should be. It looks great, too! 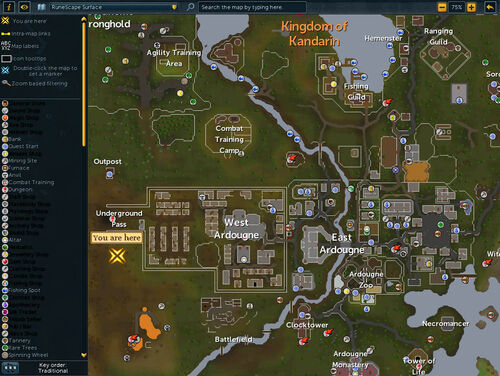 As you can see, we've brought the visual style bang up to date, and smoothed the fonts so they're easier to read. The biggest changes come under the hood, though. Where the map could previously take as long as 10 seconds to load, our clever background streaming technology means it now appears almost instantly. It won't slow down your machine, either, running at a solid 50 frames per second on most hardware.

For further details of the tech behind the new world map, check out Mod Jenesis's dev blog[help].

This is just the beginning, and there are further improvements to the world map coming soon. Keep an eye out for an upcoming dev blog from Mod Colin!

At one time or another, we've all been new players, and that means a tutorial: suiting up to tackle Tutorial Island, defeating the dragon during Unstable Foundations, or turning back the Troll Invasion. As part of our commitment to bring new adventurers to Gielinor, we've pooled everything we've learned and created Ashdale: our new opening game experience. 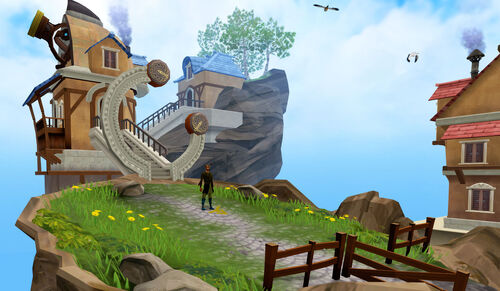 Ashdale goes back to RuneScape's roots: it's a brand-new tutorial island, where every new player will start their RuneScape adventures. Custom-built to showcase the many facets of RuneScape gameplay, a run through Ashdale will introduce fledgling adventurers to combat, skill training and boss battles in a simple and intuitive way, guided by the veteran adventurer Gudrik.

We want new players in the thick of the action as soon as possible, so Ashdale's our quickest tutorial yet. When it's done, though, the Path System takes over. Accessed through the Adventures interface, the Path System points new players to the best early content and essential novice quests.

If you're not a new player but want to experience Ashdale yourself, head over to Taverley and visit Gudrik in his house in the south of the town.

There's something here to make everyone's RuneScape experience easier and more fun. As always, give us your feedback over on the forums, and look out for Mod Mark's monthly Behind the Scenes article later this week!

Please note: You won't be able to leave Ashdale until you've completed the tutorial.

Mod Silent runs through the stunning new tutorial in the latest Silent's Spotlight: