Elder Divination
Elder Divination is here: a batch of high-level Divination content following on from Fate of the Gods. Re-enter the Elder Halls and train at a new wisp colony, from level 75 all the way up to 99. Create new items, and summon the player-voted nightmare muspah familiar.

There are some cool updates separate from the quest too: we've made collecting chronicles much more rewarding, and you can transmute unwanted summoning charms to ones more useful to you.

Read on for more information, or log into RuneScape now and get stuck in! 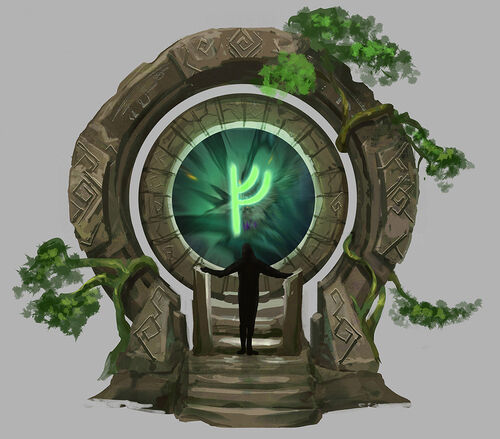 There, you'll find a new wisp colony[help], which is ideal for training from 75 all the way up to 99. No need to bring the Measure - once the quest is complete, the wisps will be permanently visible. Using the elder energy[help] harvested there, you'll weave powerful portents, signs, locations, and summoning pouches:

Portents of degradation[help] automatically heal you and damage your opponent when you're damaged to under half life - they can also be made into more powerful 'attuned' varieties. Portents[help] and signs[help] of death will return a percentage of your life points upon death, preventing your demise and damaging your opponent for a corresponding amount. Portents[help] and signs[help] of life revive you with more health, without the damage to your enemy. Note that life and death items share the same one-hour cooldown.

There's a new type of divine location[help] to make, too: the divine simulacrum[help]. It can be woven from 75 Divination up, is harvestable at 65 Divination, and grants energy appropriate to your level.

Fresh from a recent Power to the Players poll comes the nightmare muspah familiar[help]. This beast of burden can only hold memories and energy, but has a better capacity than a pack yak. If you have one with you while you're converting at a rift, it'll automatically empty and fill its inventory, and it gives a small, passive boost to the spawn rate of enriched memories. Nightmare muspah pouches are made using elder energy in the place of spirit shards, as well as elder charms and muspah spines - dropped only by muspah killed on Freneskae.

You'll also uncover ten snippets of ancient lore from elder chronicles, which also grant you XP in any skill of your choice when handed in at the divination camp or at the Guthixian shrine (which still gives its XP boost).

Full details of how the above items work can be found in the Divination Skill Advance Guide in game, or on the wiki[help].

There are new divine implings to be caught around Gielinor and in Impetuous Impulses[help]. They require 79 Hunter to catch, and yield energy, portents, signs, and - if you're lucky - completed muspah summoning pouches.

Even if you haven't completed the quest, today's update brings you some nifty new Divination features.

It's now possible to transmute summoning charms into other types. You'll need several lower-tier charms plus some divination energy to produce the charm of your choice. See the wiki[help] for more information.

Chronicles have been reworked. You can gather more at once, they give far more XP than they used to, and their spawn rate has been greatly increased. Note that while you can now carry up to 30 at once, the spawn rate starts to decrease once you're holding more than ten, so it's a good idea to hand them in whenever you can.

If you haven't already, set your sights on completing Fate of the Gods[help]. It's a heck of an experience, and - with today's updates - it's never been more rewarding.

Enjoy, and let us know what you think over on the forums.