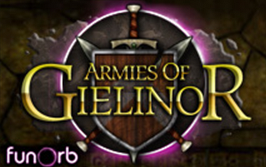 The FunOrb development team has been hard at work and has recently released a new game. This game takes you to a world that is familiar to all of us: RuneScape! Fight for the god of your choice in our new, multiplayer, turn-based strategy game, and wage war with the Armies of Gielinor. Experience what it would have been like to command an army during the God Wars!

Pledge your allegiance to Saradomin, Guthix or Zamorak, and send their forces into battles consisting of up to eight players. You will have many units at your disposal (from paladins to moss giants to necromancers) and four different-size maps, ranging from small to epic. There’s even a King Black Dragon that’ll happily crush your enemies for you!

Click here to start playing Armies of Gielinor for free.

On a related note, the RuneScape development team are still busily working on the Mobilising Armies minigame; they’ll have a status update for you in February’s Behind the Scenes.