Double XP has kicked in, and our 24 hour live stream has begun! Watch it now on our Twitch channel.

Here are some highlights to look forward to (all times are GMT):

We’ll be live streaming for 24 hours - the longest we've ever done - on our official Twitch channel, starting at 1pm GMT on Friday the 21st of February right the way through to 1pm the following day. Take a look here for help converting this to your local time.

The stream will feature some of your favourite JMods, including Mods MMG, Mark, Pips, Osborne, Dean, Moltare and more, so make sure to tune in!

To help support the SpecialEffect charity, we’ve set up a JustGiving page where you can securely donate to the cause. With your donation, you can also leave a message. We plan to read some of these out live on air, so if you're donating feel free to leave some words of encouragement for our live streamers!

Joining us for the marathon are some of our Community Champions, who will be featuring on the live stream too. This includes players such as RuneShark, ScapeSkill, Illustrial and a whole bunch more, who will be keeping us all entertained throughout the event.

What’s more, we’ll be releasing a brand new item in Solomon's General Store, which will only be available to purchase during the double XP weekend! The new tunic - wearable in-game as a cosmetic override - will feature the '24' GameBlast logo, with all proceeds going directly to SpecialEffect. 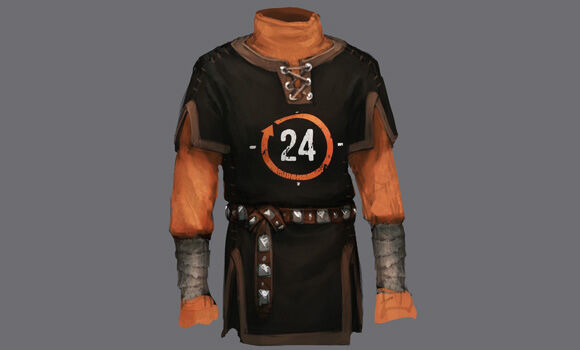 As voted in via a Power to the Players poll, this weekend will feature juicy double XP. This means that from 12:00 GMT on Friday 21st February to 12:00 GMT on Monday 24th February (get help converting time here) all skills you train - including Summoning - will be given a 2x base multiplier.

Double XP's all the better if you bring a friend, too. Anyone benefiting from the Recruit a Friend 10% XP bonus (both the recruiter and their friend) will find that bonus doubled over the double XP period!

For more information on how double XP will work this weekend, take a look at our handy FAQ.

In addition, on Thursday the 20th of February (the day before GameBlast starts) RuneRadio will be hosting a live radio show from Jagex HQ, where a number of JMods - including Mod MMG - will discuss their plans for GameBlast. They'll also be taking questions live via social media, the forums and RuneRadio's request system throughout the day. More information on when the show starts will be released soon.

If you have a specific question you'd like to ask Mod MMG simply swing over to this thread!

We’d love to know what plans you all have for GameBlast and the double XP weekend, so please drop us a post over on the forums.

Thanks, and see you at GameBlast!