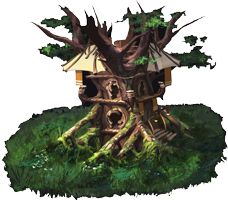 This sticky has been created in response to the most commonly asked questions regarding the most recent game update.

Whilst we continue to gather feedback, we will add any other frequently asked questions regarding this update to this thread - you may wish to check back every now and then.

Mod GFX: The armour graphical update project is huge, we couldn’t possibly release all of them in one go. So yes, there will be a new batch in the near future, but I can’t put a date on it right now.

We have so many other projects running at the same time, our guys are really working hard to make your game look good.

When updating the armour, did you take into consideration common combinations of cross-dressed armour for them to look good? Some armour, such as the Fighter Torso, looks silly when worn with pieces of armour such as rune.

Mod GFX: It’s really difficult to make everything match perfectly - most of the time it is a colour issue. We will be working on this.

Are you taking our feedback into consideration? Will you making a few tweaks to certain armours?

Mod GFX: Absolutely. Like I said in a previous thread, it is a great advantage to be able to refine our work based on your feedback. We won’t be able to address all issues because obviously everyone has their own personal taste and opinions, but player feedback really helps us to figure out where we need to go; so we will adjust the armours accordingly. This is why it is so important to give constructive feedback - your opinion DOES matter.

Will our character models ever be updated? Will we ever have fingers and toes?

When will you be updating the weapons so that they match our new amazing armour?

Mod GFX: I guess that the answer would be the sooner, the better?!

Will you be updating the NPCs to give them a more detailed look to compete with us players?

Mod GFX: Yes, that’s the plan. Instead of reworking NPCs here and there, we attach them to a full graphical rework project. That’s what we did for the Tzhaar and Gnome area.

Will you be updating the POH armour stands or did you forget them?

Mod GFX: They will be updated in time, with everything around it.

Can you make skillcapes fit more with Bandos - similar to the old Bandos where one shoulder was hidden?

Mod GFX: Instead of reworking one cape at a time, we are working on a new cape template as it is better to work on a solid ground. It may take a while to get there, but eventually all capes will look better and will be able to support better animations.

Why didn't Barrows gloves got a similar update like other RFD gloves?

Mod GFX: They are on the list to do.

The gnomes look amazing, but the interfaces (gnome gliders and spirit trees for example) look awful. Will you look at these?

Mod GFX: That’s a whole different project. Much like the capes, we are working on better templates.

Can you make it so the gate to the Gnome Stronghold and the door into the Grand Tree can be used by multiple people at the same time?

Mod Chihiro: The Gnome Stronghold door is quest variable locked, so we have to check each player as they enter, so no, this isn't currently possible. We might be able to do it for the door into the Grand Tree though, we'll look into that.

Why didn’t Golrie's and the Path of Glouphrie’s cave get updated? It would certainly made the area look better just like you did with Gnome Stronghold.

Mod GFX: They will be part of another project. We are updating all of the graphics one chunk at a time.

With the Fairy update, the effects for traveling Fairy Rings got updated. Could you consider the same for Spirit Tree effects?

Mod GFX: Like many other projects, we are considering reworking all of the effects. ;)

Retrieved from "https://runescape.fandom.com/wiki/Update:Game_update_FAQ_(6_March_2012)?oldid=5436716"
Community content is available under CC-BY-SA unless otherwise noted.