Head to the Fremennik Province again this winter where the legends are spilling over into reality once more. Seek out Hati, Sköll and Eir to take on their usual challenges and win their rewards but also get on the hunt for a new legendary wolf, Fenrir, who has been spotted amongst the frosty trees.

Also of note this week is the return of Vic the Trader to his spot south of the Burthrope lodestone and the appearance of Blood Dyes, a player-suggested rare reward, in Treasure Trails.

Find Fenrir south-east of Rellekka also near the Golden Tree.

This event runs from now until the 8th February. The paws and boots rewards become unusable on the 16th May.

This year, Hati and Sköll are joined by another wolf of Fremennik legend  Fenrir. You must hunt high and low to the south east of Rellekka near the Golden Tree to find and slay this vicious beast. As with Hati and Sköll, you may wish to attack in groups.

Victory can reward you with the chest and leg parts of the Fremennik wolf cosmetic set. You will also receive Fenrirs Fang which, when used, grants XP and Bonus XP in either Herblore or Summoning, scaling with your characters level.

Hati can be found wandering the woods south-east of Rellekka.

He's tough, and his attacks accurate, but work together and you'll take him down. Anyone who contributes to the fight will be eligible for loot when the wolf howls his last.

There's a high chance that he'll drop Hati paws - cosmetic gloves that can be clicked to claim normal and Bonus XP in your choice of combat skill. He can also drop a cosmetic hood and cloak, if you don't already have those.

Sköll must be lured to Gielinor by adding logs to the bonfire, west of Rellekka's entrance.

Once 120 logs are added to the fire (across all worlds, including all players) Sköll will show his face. Like Hati, you may need help to defeat him, but anyone who contributes - be it in combat or by adding logs - will be able to loot him when he falls.

He can drop Sköll boots - which grant normal and Bonus XP in Agility or Woodcutting when clicked - and a cosmetic amulet, if you don't have it.

Eir is a valkyrie who's sure that the Sixth Age is the End of Things. She's also lost her helmet and spear, and needs your help to get them back.

Defeat Hati or Sköll - or harvest enriched wisps at the colony south-east of Rellekka - for a chance to get one of these items. Repeating these actions will get you duplicates, so to collect Eir's gear you'll need to:

Get two of one type of item (helmet or spear) and trade with another player for the other.

Once you've got both, speak to Eir by the Golden Tree. You'll get a chunk of normal and Bonus XP in your choice of Prayer or Divination, plus cosmetic overrides of Eir's helmet and spear, if you don't have them from last year.

Note that Ironman players will receive only normal XP from defeating the wolves  no Bonus XP.

As long as you have completed The Fremennik Trials quest, you will now be able to talk to the audience members of the Rellekka longhall and hear The Epic of Bukalla. This fantastic cutscene will immerse you in the old Norse tradition of sung poetry, with Skald Ogson taking centre-stage to perform a tale of heroes, dangers and glory. Enjoy! 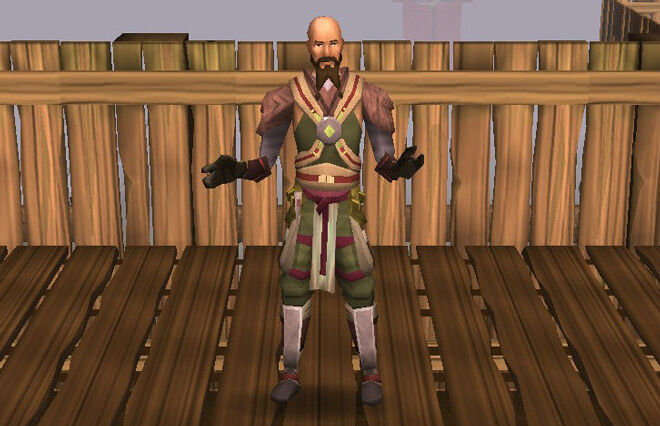 Check our YouTube channel, too, for recap videos of streams you may have missed, including last weeks Ninja Spotlight and our special 15th birthday streams!

This week, well be giving you another taster of our new game client, NXT, and opening up a box of JMod tricks! NXT showcase #2 | 17:00, Tuesday 19th January

In case you missed Decembers stream, were giving you a second look at our amazing new game client  NXT  and giving you the chance to ask any technical questions you have about it!

Well also be showing you more of Gielinor in NXT, and letting you choose which parts of the world we show you! Dont miss it from 5pm tomorrow!

Ask your questions on the forums, on Reddit, or on Twitter using the hashtag #RSDevQA. JMod shenanigans with Mod Shauny! | 21:00 UTC, Tuesday 19th January

Mod Shauny will be letting loose his box of tricks on Gielinor  transmogs, mischievous fun, and a whole lot more! Check out all the action on Twitch from 9pm on Tuesday. 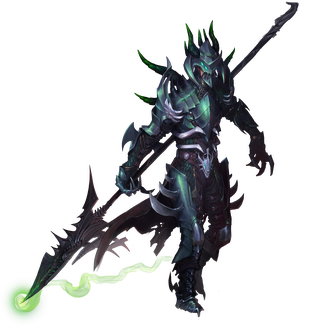 Be the envy of all others and acquire this stunning cosmetic set from now until 12:00 UTC on Monday 29th February. Please note that this item is a limited edition so get it before it's removed from the store!

Members can benefit from the return of the moustachioed Vic the Trader to his favourite patch, south of the Burthorpe lodestone, opposite the bank. You can trade him your Bonus XP for credits and look out for the variety of goodies on sale in his store, including prismatic stars, lamps, skill outfits and rarities from Treasure Hunter.

XP trading will run until the 25th January and his store will shut again on the 1st February.

From RuneLabs to RuneScape comes the addition of blood dyes to Treasure Trails. Blood dyes are type of cosmetic dye that can be used to colour things in a deeply impressive crimson. It will be available as rare Elite Treasure Trail loot and can be applied to the same equipment as other dyes attainable from Treasure Trail.

Blood dyes are tradeable but items dyed with it are not.

Thanks to IzaZ and everyone who voted for this to happen. Be sure to check out RuneLabs to pitch and support more player suggestions.

Voting is now open to decide the upcoming Player Power Area. Your suggestions have been collated from RuneLabs, so head in game and look for the poll that will determine which location will be added to Gielinor.

You have until 22 January to cast your votes, but your involvement doesn't end there! Itll then be up to you guys to start suggesting the content that you want to fill this area with - so keep the creativity flowing!

Were offering you the chance to join us for a night of celebration, festivities, and nostalgia as we show the first screening of the amazing RuneScape Documentary, RuneScape: 15 Years of Adventure.

Find out how you can win the chance to be there, as well as a hotel room for the night and six months membership!

Read the patch notes for full details of this weeks updates.

Keep it frosty this week!