In February we announced big plans for RuneScape’s combat – to introduce a Legacy Combat Mode for those who preferred the old combat gameplay and game interfaces.

We’ve been working on the design and development of Legacy Mode since you voted for us to start, back in mid-February. We’ve made good progress since then, and are aiming for an initial beta in May. The beta will be incredibly important and Legacy needs to well-tuned before it’s ready to leave beta, so while we’re pretty confident in ‘summer’ release, it wholly depends on how testing and feedback goes.

So, what is Legacy Mode?

Legacy Mode is a way to play the modern game, but with the feel of the old combat gameplay and interfaces. Combined with the combat changes being introduced to the wider game, such as 138 combat calculation and special attacks, Legacy will feel like the simpler experience familiar to those who played prior to the Evolution of Combat and RuneScape 3.

To get a sense of what Legacy Mode will look like, this is a target mockup that we’re working towards – as you can see, it looks very close to the game screens of 2011: 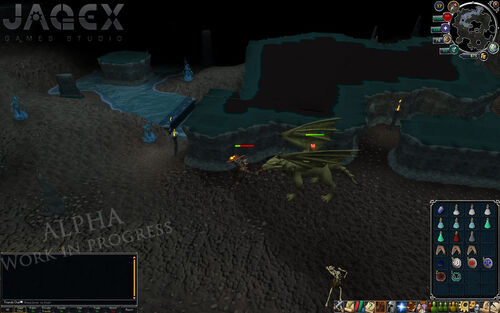 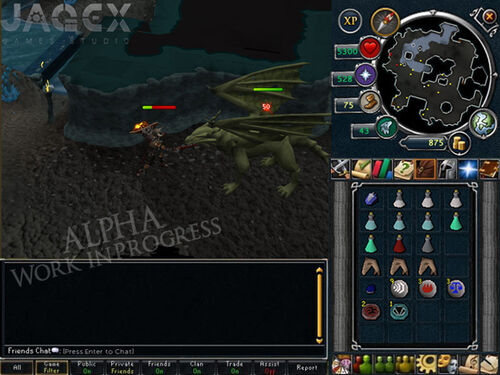 What will Legacy Mode include?

Legacy Mode isn’t a replica of the game back from 2011, but it will have the most important things: especially old-style interfaces, removal of EoC abilities and reinstatement of Special Attacks. It’s a way to experience the modern game, with content and equipment that’s be introduced over the last couple of years, without the need to learn our more recent combat system.

Here‘s how the modes compare: 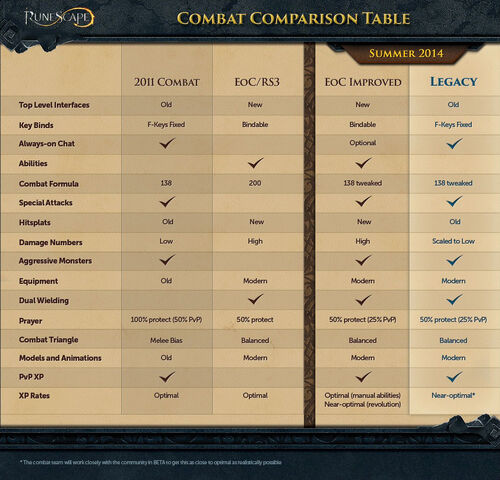 The majority of game worlds will allow those in Legacy Mode to play alongside EoC players, so the two groups can play together, interact and fight side-by-side if they wish. We’re also intending to create a few Legacy-only worlds, for players who want to do PvP exclusively against other Legacy Mode users.

Please also note that it is critical to us that in making Legacy Mode we don’t sideline or negatively impact the modern combat system for those who like it.

We’ll have a lot more detail about Legacy Mode when we get towards beta.

Legacy Mode is just one of a many major improvements we’re making to RuneScape’s combat this year, and you can read about the other features in the Evolution of Combat Improvements. As you can see, we’ve got a ton of plans and this is obviously a lot of work for our combat development team. As a summary, here’s our current plan for combat improvements:

Thanks for reading and I hope it’s been a useful update as to our plans. Legacy Mode is going to be a collaborative effort and we intend to shape it around what you want – please join the discussion on the forums to be a part of that.