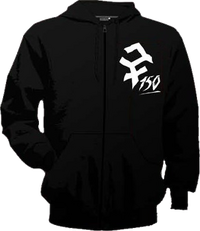 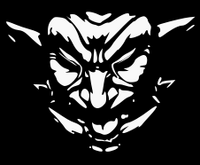 Back when we launched the Chosen Commander quest in March, we quietly released a small number of limited edition hoodies, to see how many of you had eyes sharp enough to spot the new addition to the store.

These hoodies feature the mark of Bandos (which you may remember from Zanik’s forehead) and the face of Bandos himself!

For those unfamiliar with Bandos, he is the god of goblins, orks, ogres, and other brutal creatures (many of which are mercifully extinct). He identifies himself as a god of war, and the goblins refer to him as the ‘Big High War God’. The origins of his symbol aren't known, but it has been used to represent Bandos at least as long as he has had an influence on RuneScape.

We now want to makes sure everyone has the chance to own a little piece of RuneScape’s history, so we’re giving them another release for a limited time, after which they will never be made again.

Head over to the store now to see the Chosen Commander hoodie.
Retrieved from "https://runescape.fandom.com/wiki/Update:Limited_Edition_Chosen_Commander_Hoodies?oldid=15411643"
Community content is available under CC-BY-SA unless otherwise noted.