I have been reading a lot of messages from players on my Twitter account and there seems to be a few misconceptions out there about the composition of our community, the effect of bots on player concurrency and what apparently constitutes the average player. I thought I would address all of these for the benefit of everyone in this dev blog.

Our community is composed of 84% Men and 16% Women players and 90% play RuneScape in English. So what does the ‘average’ RuneScape Player look like?

And despite rumours that everyone in RuneScape is very rich, the truth is only 1% of players have over 1 Billion GP in total wealth.

Happily, the volume of bots and gold farmers is lower than ever however we are not complacent and with the success on the main game we are now working on extending our focus to Old School RuneScape.

So, with this in mind a single goldfarmer bot used on a weekday would represent the equivalent of 12 ‘real’ players on the “players online now” count and therefore for the first time in a decade our active players represents our true “Players Online Now” numbers.

We also recognise the transition to Evolution of Combat was too big a change for some, and we sadly lost some of our community with the update. However, we are making huge strides to now give players the choice as to which combat system they would prefer with the introduction of Revolution and the work currently being undertaken on ‘Legacy Mode’, which will bring back much of the old combat gameplay and interfaces, in the main game alongside Evolution of Combat.

Net result? Concurrent players is as high over recent months as it was a year prior, with more players returning to RuneScape and thousands of new players joining our amazing community than at any time in the last year. We’ve even seen counter seasonal positive growth the past quarter.

RuneScape is a game and a social network, for me it’s always been about hanging out friends, old and new. If you have old friends who may have left this is a great year for them to come back.

Some more stats as requested below for the lovers of data: 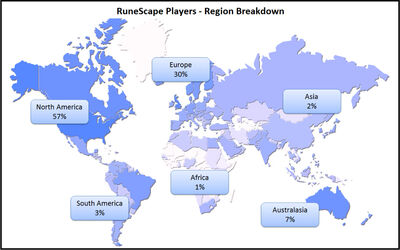 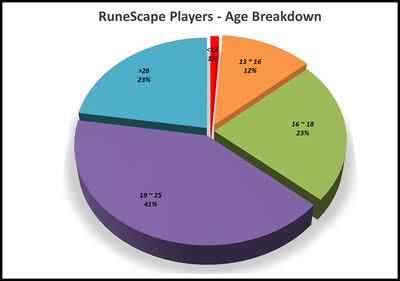 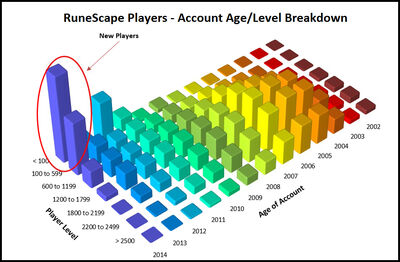