Order of Ascension (members only)

Beneath the Feldip Hills, a new terror rises. The Order of Ascension - a group of misguided Guthix followers - are responsible for a spate of kidnappings. Little else about them is known - except that they must be stopped. 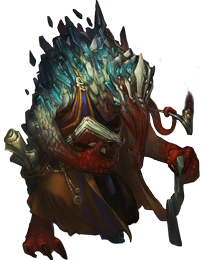 Ocellus - a Guardian of Guthix - waits at the ruined chapel north-west of Oo'glog. He's seeking skilled slayers to venture into the underground Monastery of Ascension and take the fight directly to the Order of Ascension themselves.

The Order of Ascension is made up of magical beings - each one a force to be reckoned with. You'll need 81 Slayer to enter the monastery, but that's just the start. A high Ranged level and the best ranging gear you can use are essential against even the weakest enemies you'll encounter therein.

Their combat skills have been honed over millennia, and so have their tactics. There are five types of enemies within the monastery, each with a different combat purpose: for example, the gladii are mid-range damage dealers who charge into combat and stun, while the scutarii are heavily armoured, defensive units. They'll work together, too: the rorarii footsoldiers will team up, each gaining increased damage when they do, while the capsarii will support their comrades with defensive shields and healing.

Most dangerous of all, though, are the legiones. These six entities are the leaders of the order, and each is a mini-boss fight in its own right. They're found in six laboratories throughout the monastery, each of which requires 95 Slayer and a keystone - dropped by the monastery's other inhabitants - to gain entry. The fights are instanced, and you'll fight alone unless you're paired up with a Co-op Slayer partner, who will have the option of entering the laboratory with you.

Note: you can bring a Co-op Slayer partner into the laboratories even if they don't meet the 95 Slayer requirement, as long as you do yourself and are carrying the necessary keystone.

The Monastery of Ascension is the ideal place to make use of the Co-op Slayer[help] feature, as the tactics employed by the order mean that it really helps to have someone along for the ride. For example, the scutarii take greatly reduced damage when attacked from the front or sides, so having someone to keep them busy while you deal damage to their backs is invaluable. Shared potions and food - not to mention a friend by your side - is sure to help when you're facing down the Legiones! 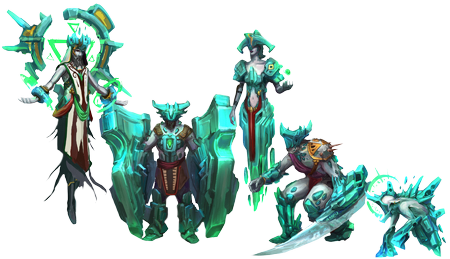 The monastery's a dangerous place, but the rewards are more than worth it. You'll find lore-filled pages of a book entitled History of the Order, which will give you insight into how the order came to be. The Order of Ascension also drop Ascension fragments, which (with 60 Fletching) can be used to fletch fragment bolts and arrows - ammunition which is particularly effective against them.

Best of all, though, are the components needed to create the Ascension crossbow - the most powerful ranged weapon in the game. It requires level 90 Ranged to wield, can be converted between main and off-hand versions by Ocellus, and is the only weapon that can fire the mighty Ascension bolts, which can be fletched from items also found on the monastery's inhabitants, and level 90 Fletching. It degrades, and is repaired in the same way as Barrows equipment - by NPCs such as Bob in Lumbridge, or at a player-owned house armour stand. For information on how to make the crossbow, speak to Ocellus.

Take a tour of the Monastery of Ascension with Mod Doctor and Mod Jack: