While we’ve got a shedload to reveal for the coming year, we’re not going to be revealing everything right now. That would be missing the point – this year is about RuneLabs and the ideas created by YOU! It’s awesome to think that we can’t even predict what the stand-out highlights of the year will be!

Regardless, there’s plenty to look forward to in 2015, as we embrace everything that makes RuneScape unique, and build on the tremendous start that Player Power and the 6th Age has given us. If you want a glimpse of what will be dazzling you in the New Year, read on…

RuneLabs gives you the power to shape the world. It goes far beyond deciding what we make – the updates from RuneLabs will be conceived and suggested by you. We will then take those ideas and shape them into something that slots perfectly into RuneScape. Your suggestions could be anything: a skill rework, a new quest or a plan for Inventor. To be honest, we’re looking forward to things that we hadn’t even considered! We’re planning for one update per month to be grabbed from RuneLabs, although you won’t start seeing the fruits of that labour until the summer. That isn’t even counting the many polls we’ll be releasing on non-RuneLabs updates. We really can’t wait for the amazing potential of RuneLabs to be realised when it opens for ideas in January. You can be sure that next year will be a fantastic cocktail of your best ideas mixed with the best of ours!

Tuska, the World Devourer, has set her sights on Gielinor, having left a series of half-eaten planets in her wake. While previous world events have been centred around god-vs-god battles, the threat of Tuska forces all of Gielinor’s inhabitants to work together to defeat one single menace! This is a battle that could be won or lost by either side, throwing all players into the mix, irrelevant of level or skill preferences, with many different and unique ways to contribute to the fight. 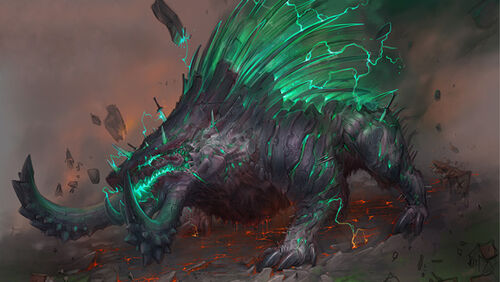 After the success of the Elf City, we’re keen to focus a bit more on skilling in the wider world and adding more motivations to level up. In particular, we’d like to offer more reasons to train through levels 60-80. We are also targeting some of the more neglected skills, like Farming and Construction. Expect to nurture your own livestock, and build brand new rooms in your POH – both of which will be determined by Player Polls. Our biggest skill updates will be determined by you later in the year so, right now, we are keeping our options open – anything is possible!

There will be plenty of new creatures slamming their way onto your screen in 2015, including several boss monsters that work in tandem with the world event, inspired by the brutality of Tuska. Their strengths and weaknesses will be influenced by the event and appropriate for a range of player levels. There’s also some brand-new tactics in the pipeline, incorporating more of RuneScape’s unique style of gameplay to aid you in each battle. There will be a large range of combat targets on offer including new groups of high-level training mobs, and a few bosses that will push even the greatest of warriors to their limits, making Araxxor and Vorago look like lvl-3 chickens.

There’s only a few months to wait for our 200th quest, Dimension of Disaster. In 2015 we want to celebrate this epic milestone by showcasing everything that makes our quests unique. Serious tones, comical farce and wacky indulgence will all play a part in this journey into another world – a parallel universe where you, the hero, never existed and the bad guys won. 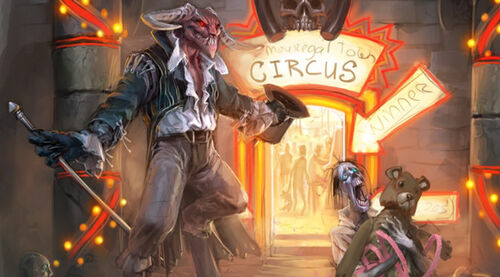 The 6th Age moves forward with the Zamorak Heist – inspired by films like Oceans Eleven and events like the Great Train Robbery - where a crack team of Zamorak’s finest plan to steal back the Stone of Jas. it’s a prize worth risking everything for, although those draped in shadows will not give it up easily. 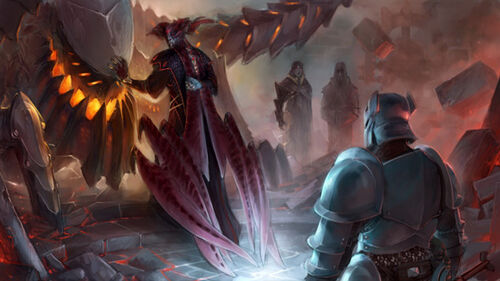 As we have always said, storylines from the 5th Age are unfinished business and by no means forgotten. We need your votes to decide which storyline gets the treatment it deserves next in the current poll – Vampyres or Floor 61. Regardless of who wins, it will be an epic adventure in 2015. And, there’s no doubt that RuneLabs will throw more amazing quests into the mix later this year.

Our newest development team is seeking to emulate the impact of the Ninja team, making a significant difference to your everyday gaming experience in 2015. We want to support the fantastic RuneScape community in new and exciting ways, giving you the tools to have fun and bringing you closer to RuneScape development. We’ve already started with ‘RS TV’, our weekly Twitch stream, but that’s really only the beginning! We want to make more community champions, helping you to become the stars that we know you are.

2014 saw the rise of the Ninjas, who spearheaded improvements to the game, and removed frustrations that get in the way of a gaming session. We’re not about to go and change that, so you can be sure that 2015 will continue in the same vein. Expect juicy patches like a Legacy-style interface for other combat styles, fewer infuriations and clicks when looting items, and a worthwhile use for shops in RuneScape.

Of course, that’s just a taste of the amazing things we have planned for 2015. There’s a whole lot more that we will poll later in the year. The polls, and the potential of Runelabs, will really change the way we plan our content, allowing us to be more flexible and react to things you want, more so than ever before. RuneScape is a game for everyone and, while the above should give you a good idea of what we have planned, there’s still plenty more to come!