We'd originally planned to release the latest Grandmaster quest The Light Within this week – along with a massive expansion to the Ancient curses and spells that will open up whole new ways to play the high-level game.

Late last week, we made the decision to delay the quest's release by a week. Had we gone ahead as originally planned, it wouldn't have met the high standards necessary for such a complex, eagerly anticipated piece of content – particularly one with far-reaching effects on other areas of the high-level game.

Put simply, we'd rather take another week to give the content the polish and quality that you deserve, rather than put it out before it's ready.

We're working hard to bring The Light Within up to scratch. In the meantime, see the patch notes for details of today's fixes and tweaks, and read on for details of an epic addition to Solomon's Store and this week's live-streaming schedule.

Please accept our apologies for the delay, and any disappointment this may have caused. Next week's update's set to be a doozy, with The Light Within, multiple on-screen action bars and Ironman group bossing and completionist cape capability. We hope you'll agree it's worth the wait! 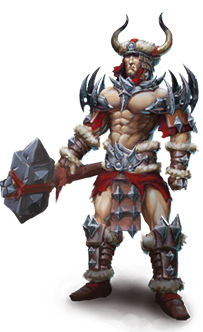 Today, the first of three showcase pieces from our terrifyingly talented artists comes to Solomon's Store: the Barbarian Outfit.

Character artist Mod Ante has been given the chance to cut loose and flex his creative muscles, coming up with designs that show off his vision and skill.

The theme for today's release was simply 'melee', and the Barbarian Outfit doesn't disappoint. Comprising a full cosmetic override outfit – with weapons – and an impressively beefy walk animation, it's a strong look for battle-born brawlers everywhere.

Pick up the Barbarian Outfit today, and keep an eye out for ranged and magic-themed offerings, coming soon.

Check our YouTube channel, too, for recap videos of streams you may have missed, including last week's Seren spells and prayers teaser!

This week, we have something a little new for you – read on to find out more.

Join the usual cast of JMods on the streaming sofas as they take your questions, and show you some of the things you can expect from the return of Balthazar's Big Raffle in September!

It was Araxxor's 1-year birthday in July, and we thought we'd celebrate by killing him (and Araxxi) 1,000 times, for your viewing pleasure.

You'll see the all the loot – will Mod JD or Mod Jon get a coveted boss pet, or the parts to assemble noxious weaponry? Tune in from 20:00 game time and find out!