Help Arianwyn - leader of the rebel elves - foil a plot to awaken the Dark Lord, which would place the remade Prifddinas under the merciless rule of Clan Iorwerth.

Succeed, and you'll earn access to the Elf City when it opens in the coming months. You'll also get a huge chunk of XP and a thieving-enhancing exoskeleton to enjoy right away.

All of this comes wrapped in glorious graphics, including a full rework most elven NPCs in the game.

Read on for more information, or check the requirements, log in now and get started.

Head over to Lletya and speak to Arianwyn to get the quest kicked off. 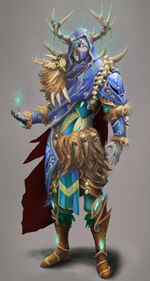 He needs to track down the lost leaders of the elven clans and gain access to the sacred Grand Library.

Plague's End is a true Grandmaster epic, clocking in at two hours or more to complete. It's a real quester's quest, so it'll be down to you to follow leads and find your way.

As you progress, you'll travel far and wide across Gielinor, revisiting classic quest locations. You'll complete tricky light puzzles and engage enemies up to level 107 - including the legendary Dark Lord himself.

Prevail, and you'll usher in a bright new era for elven civilisation - and wrap up a tale ten years in the making.

Complete Plague's End and you'll earn the biggest reward yet bestowed by a RuneScape quest: access to Prifddinas, Lost City of the Elves - coming soon.

We're putting the finishing touches to the city now, and you'll see it open in the next few of months. 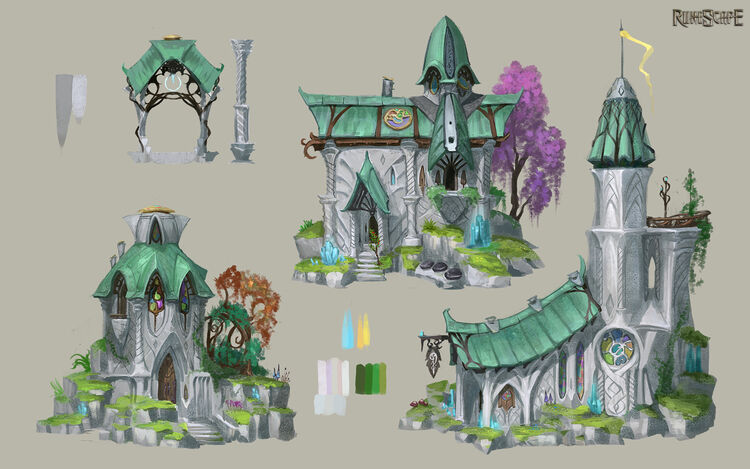 This is the update of the year: a whole new city to explore, crammed to its crystalline rafters with high-level content - as voted for by you.

The Elf City will open very soon, but until then, Plague's End has other rewards for you to enjoy.

First there's no less than 500,000 XP across 10 skills. There's also the exoskeleton - a marvellous machine with a range of thieving benefits. Finally, you'll get a new title: "of the Elves".

We hope you a great time playing Plague's End. As always, let us know what you think over on the forums.

Get ready for the grand opening of the Elf City!

Mod John A, Mod Stu and the RuneScape Team

How to Start Plague's End

Retrieved from "https://runescape.fandom.com/wiki/Update:Plague%27s_End?oldid=20170951"
Community content is available under CC-BY-SA unless otherwise noted.