Player-Owned Ports - The Next Journey

Cast your eyes east for the first update of the new year - more of the enigmatic Wushanko Islands are yours to explore via your Player-Owned Port[help]!

Set sail for the new Loop and Shield regions and claim hull-busting hauls of booty. Meet three new adventurers - the Trapper, the Architect and the Chef - and help them succeed in their eastern endeavours. Collect new forgotten scrolls containing recipes for a level 85 cape, ring and thrown weapons and craft them using your hard-won loot.

If you're a seasoned sea-dog already, read on! Alternatively, if you've never set foot in a Player-Owned Port before, click here to find out what it's all about.

Experienced Portmasters will find plenty of adventures in the Loop[help] and Shield[help] regions of the Wushanko Isles - over 300 new voyages in total. On these voyages, you'll be able to pick up new resources - azure and terracotta - to upgrade your buildings and further augment your ships.

There are also new trade goods - pearls and koi scales - to put together the amazing new high-level gear. You'll find these in the Hook region and beyond.

There are also three fully-voiced adventurers to attract to the port: 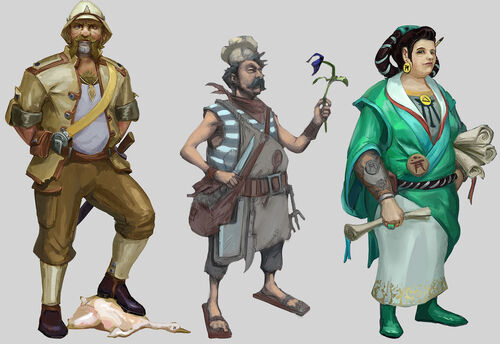 Each member of this disparate trio can embark on their own voyages to the Eastern Lands on your ships, and can even team up for an adventure if they're all in port at once.

The somewhat shady-looking Trader who's set up residence in your port will exchange port resources for trade goods - at a rate favourable to himself, of course. He'll have a daily special offer for you, too - be sure to visit him regularly to take advantage of this! 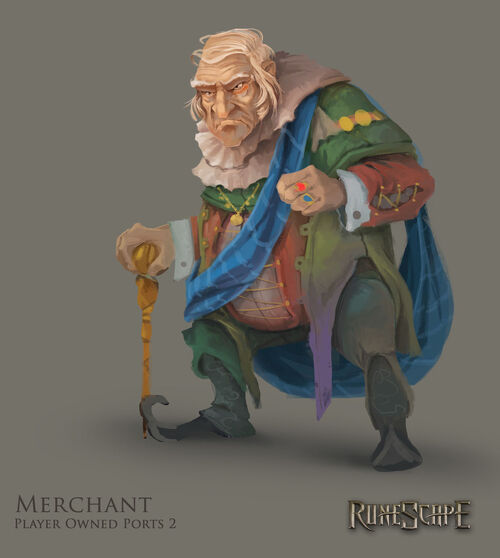 Finally, you may see an all-new random event, where you'll help Seasinger Umi to locate some lost items, in exchange for a helping of port resources.

Accoutrements of the East

Voyaging in the Hook region and beyond can now yield pearls and koi scales, whose main purpose is to craft some awe-inspiring new gear:

Make these capes with level 90 Crafting and copious quantities of koi scales.

Make these rings with level 90 Crafting - bring plenty of pearls!

Make them with 92 Fletching, ancient bones and ascension shards.

These new pieces of equipment are universally useful additions to any high-level warrior's arsenal.

With today's update, there are many great reasons to get back into the Portmaster's life. But what if you've yet to find your sea legs?

For those of you still languishing in land-lubberdom, Player-Owned Ports[help] is a high-level minigame where you'll manage your own harbour: recruiting crew members and outfitting ships which you'll send on voyages to the fabled Eastern Lands.

Your ships will adventure in real time, before bringing back tales of their exploits and - all being well - a cargo hold full of exotic treasures. This loot can be used to improve your port buildings and ships; attract new sailors or fully-voiced adventurers to crew your vessels; or to craft some of the best food and armour in the game. As the voyages happen in their own time, managing your port's a great way to earn rewards while you're logged out, or while you're off adventuring elsewhere.

You'll need level 90 in at least one of nine skills[help] to start managing your port. If you don't meet these requirements just yet, you can get a taste of the Harbourmaster's life by heading through the portal at the north end of Port Sarim and talking to Meg[help]: a novice swashbuckler who needs adventuring advice if she's to survive another day!

For full details of Player-Owned Ports, visit the wiki[help].

The bounty of the Wushanko Isles is rich indeed, and it's there for the taking by your brave seafarers. Haul anchor!

How to start Player-Owned Ports[help]:

Visit the Ports Portal at the north end of Port Sarim.

You need level 90 in at least one of the following skills:

To access the three new adventurers, you will need level 90 in Construction, Cooking and Hunter respectively.