Are you a devoted disciple of the Empty Lord? Get your hands on my latest outfit pack, the Zaros bundle, to show off your Zarosian devotion. 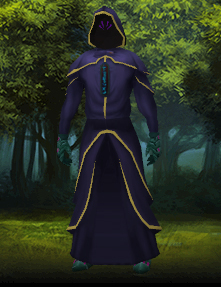 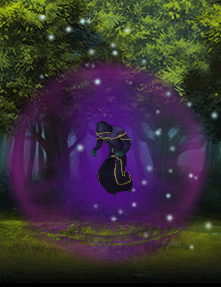 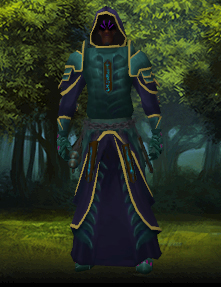 So, what’s included in the Zaros bundle?

Outfit 1: The Zarosian Shadow – a sleek, hooded robe in purple and black hues that will give your character a sinister and mysterious air.

Changing between these outfits is an event itself - thanks to the emote included, which shows pieces of your armour flying onto your body or away, switching you to the other set.

Please note that you need to be wearing one of the two Zarosian override sets for either version of the emote to work.

Shadow Blast Teleport – You’ll recognise this super-fast teleport from the Fate of the Gods quest. Zaros will whisk you away, and you’ll get a landing animation too!

Finally, we've thrown in no fewer than nine titles, to complete the air of ancient power:

The Zaros Pack is available in my shop now, so come on in for a closer look. You can get more RuneCoins to use in my shop by redeeming Bonds in-game, by clicking ‘Buy RuneCoins’ when you’re in my store, or by visiting our billing page directly.

Drop by the store in game to say hello soon. You can find me just south of the Grand Exchange!

Solomon
Retrieved from "https://runescape.fandom.com/wiki/Update:Solomon%27s_General_Store_%E2%80%93_Zaros_Bundle?oldid=12019983"
Community content is available under CC-BY-SA unless otherwise noted.