Place these new destroyable piñatas and team up with your friends to smash them open. The piñata will have a health bar similar to combat dummies, and can be hit by anyone. On destruction every piñata will drop a stackable loot sack, one exclusive to the player who placed the summer pinata and extras for those who helped out. Each loot sack is filled to the brim with a range of prizes, with exclusive items for the piñata owner – such as the new hydro suit seen below. 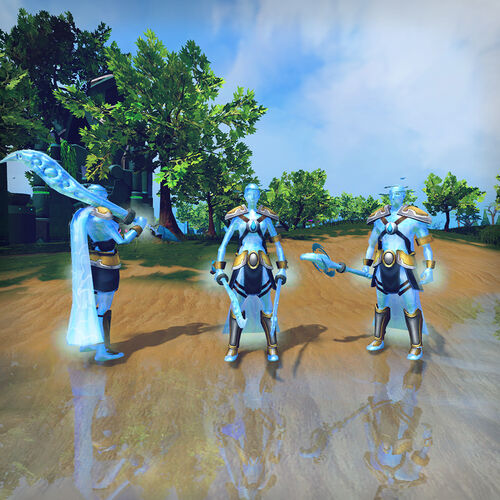 There’s different prizes to be won in every loot bag - so join in on the summer piñata fun! Non-owners can hit as many piñatas as they like, but they will only be able to receive up to 5 rewards a day.

If you'd like more, you can also buy Keys on the website, or by clicking 'Buy Keys' within the Treasure Hunter interface in-game.
Retrieved from "https://runescape.fandom.com/wiki/Update:Summer_Pinatas?oldid=22517373"
Community content is available under CC-BY-SA unless otherwise noted.