The Summer Special is available now! This fantastic three-month membership offer will keep you covered for this summer's red-hot RuneScape content. Coming up, we've got Tuska, a Grandmaster quest about Seren, Raids, and a whole lot more.

On top of that, you'll get access to the Enlightenment aura, which doubles your XP gain for an hour each week throughout the summer months and displays a spectacular wing effect. 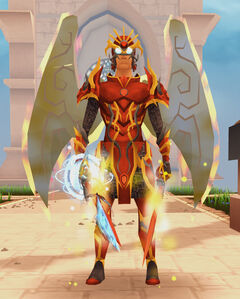 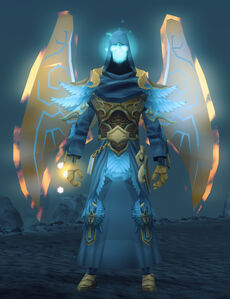 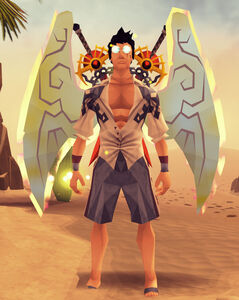 You'll also benefit from Cosmic Foresight – a summer-long passive effect that lets you gather reputation for the goebie homeworld, in advance of its release later in the year. This is the location of RuneScape's new raids, and Cosmic Foresight gets you a head start!

Note that Gold Premier Club members and those of you who've held 12 consecutive months of membership - as of today - will get the Enlightenment aura and Cosmic Foresight automatically, at no additional cost.

Subscribe now and get your three months' membership at an unbeatable price! If you wish, you can even get the Summer Special with five Bonds.

The Summer Special gets you three months' access to all of RuneScape's members' content. Here's a taste of what's coming up:

The first update of June is a colossal world event where you'll travel into space to battle the beast goddess Tuska. Work together, and use a mighty god weapon to bring her to earth with a crash.

Earn an all-new warpriest set and ability, and become part of Gielinor's history: a hero who saved the world from certain destruction.

In this summer's Grandmaster quest – the sequel to Plague's End - help Eluned as she strives to reconstruct the shattered crystal goddess.

As your reward, learn new ancient spells and prayers that'll open up new styles of play.

Travel to Mazcab – monster-ravaged homeworld of the goebies – and join the fight against its ferocious fauna in a new area bigger than Prifddinas.

Summer's packed to rafters with even more RuneScape content, including adamant and rune dragons, Lumbridge Crater's conversion to a beach resort, fast lodestone teleports and a heroic Fremennik quest!

Buy your Summer Special membership and start enjoying your exclusive extras from the 1st of June. Next week, you'll be ready to get stuck right into the Tuska World Event!

Any questions? Take a look at our FAQ.

Enjoy – it's going to be an amazing summer of Scaping!