Seismic activity has freed the entrance to God Wars Dungeon 2 from the sands that buried it! Get a preview of what you can expect from this deadly dungeon by taking on Tales of the God Wars. Venture across Gielinor that to uncover the events that lead to God Wars Dungeon 2 and reveal the bosses who lurk in its depths and who will be spoiling for a fight with you later this month.

A mysterious old man, the Curator, stands by the entrance to God Wars Dungeon 2. He needs your help to finish the chapters of a strange book. Travel across Gielinor, track down the memories of ancient rivalries that still spark conflict and return them to the book's mysterious pages. Doing so will allow you to view the events that lead to God Wars Dungeon 2 and will reveal something about the bosses who lurk in its depths…

Speak to the Curator in the Kharidian desert. He is west of Nardah and north of the agility pyramid. 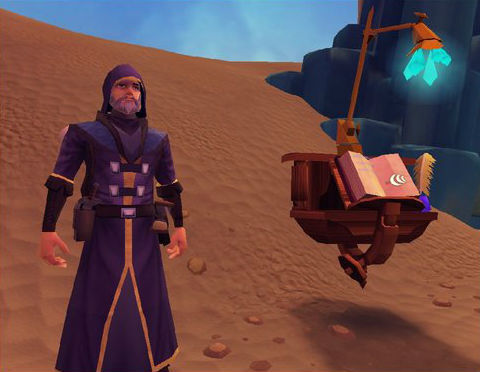 You will be sent on a journey that goes to several famous locations in the game, some of which have their own quest/skill requirements. Therefore, to fully experience this content, you will need access to Morytania and the original God Wars Dungeon. You will also need 70 strength and other combat stats at that level or higher.

On completion, you will be given a number of teletabs to God Wars Dungeon 2, as well as the ability to make more of them.

You will also get divination, summoning, strength and slayer XP throughout and an XP lamp usable in any one of those skills. You will also be rewarded with a special reputation item that you can hand to a faction of your choice when God Wars Dungeon 2 is live to earn a substantial amount of reputation with them.

Each week we stream developer Q&As, in-game events and more. To watch our streams and find a full streaming schedule see our Twitch channel. You can also check our YouTube channel for recap videos of streams you may have missed, including GameBlast highlights like the huge 9-billion bot bust.

This could be your first chance to see God Wars Dungeon 2! We'll be live as we explore some of the environments you'll be able to see in our headline update this March. Send us your questions on the forums, Reddit, or using the hashtag #RSDevQA on Twitter.

We have something new and exciting for you straight after the Developer Q&A – our first ever Art stream! Mod StuO will be showing off his animation skills. Tune in if you are interested in animation, God Wars and how we bring characters to life.

Mod Shauny will be taking on bosses from the original God Wars Dungeon in the NXT client. Death and laughter are likely!

In Other News
Dwarven Instinct Aura | Some Changes

The Dwarven Instinct aura has been reinstated for players who owned the aura before, with the following changes:

For those of you looking to add a touch of sophistication to your wardrobes, look no further than the all new Ancient Outfit, now available in Solomon’s Store!

And be on the lookout for further themed outfits coming to Solomon’s over the coming weeks. 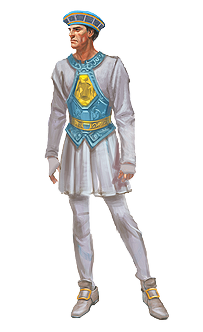 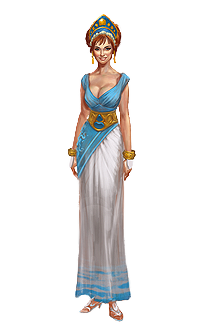 A new option to earn Event Cards during in-game events has been introduced with this update. You can obtain an event card once per day from a Jmod in-game event. Exchange up to 5 Cards for a medium prismatic star or 9 for a large one. Should you acquire either 15 or 25 cards you'll receive an XP Lamp (medium or large respectively).

To make sure you are notified about upcoming in-game events, remember to turn on your in-game clock!

Check out the JMod In-Game Events thread for more details and an upcoming FAQ on Event Cards.

The Ninja team have finished implementing a popular requested feature - free-to-play players may now sell their members-only items to members via the Grand Exchange! Hurrah!

This month's Player Gallery theme is the God Wars to tie in with God Wars Dungeon 2 which will be released later this month. Whether you support a faction, enjoy the lore or just like bossing, we have an awesome and exclusive prize to give out for this month's winner, so get those creative caps on.

This time we're giving away a life-sized version of a weapon inspired by ones you'll be able to obtain in the God Wars dungeons. This will be similar to the Godswords we gave out at RuneFest. For more info, see the forum thread.