Once more unto the breach, boss fighters! Head into God Wars Dungeon 2 to battle a tough new boss with a unique reward system where the more you risk, the richer the plunder!

Read on to discover the fantastic manticore weapons in Solomon's Store, an amazing competition for the greatest Telos slayers to win some awesome prizes (including 6 month membership packages), and all the usual patch notes, streaming info and other news.

It turns out that messing with the anima in the Heart of Gielinor was not a good idea at all. Telos has awoken. This towering new boss exists to purge the entire planet of life when the precious anima resource is threatened.

Take him on in a new multi-phase fight where the more you risk, the greater your rewards.

Some of the highest-level gear that can be won includes:

In order to begin the boss fight, you must obtain 4 sigil fragments by defeating each God Wars Dungeon 2 general, then combine them to make the complete sigil.

Use it on the new door that has appeared inside a great tree of crystal and anima near the dungeon's entrance. Then, get ready for the fight of your life – be sure to come skilled up and kitted out with your very best gear. 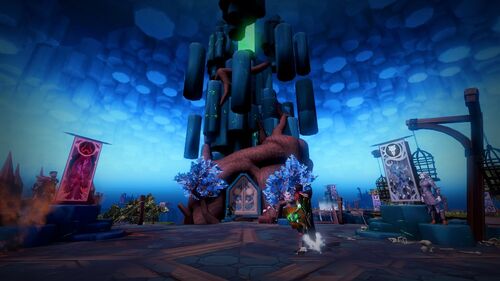 Prevail, and you'll be presented with a reward wheel loaded with your potential rewards. At this point you can spin the wheel, take your hard-won rewards and leave. Alternatively, you can risk it all and face Telos again at a higher difficulty (enrage) level for the chance of even better rewards.

Remember - if you die at any point during a Telos fight, or teleport away while the fight is in progress, you will lose all of your rewards and reset your kill count.

You will be able to bank and resupply after each successful Telos kill. You will even be able to log out or play other RuneScape content as your Telos progress will be saved until you return to his arena. However, you must eventually decide whether you have the skill and resources for another run or whether you're best off taking your current level of prizes and moving on! 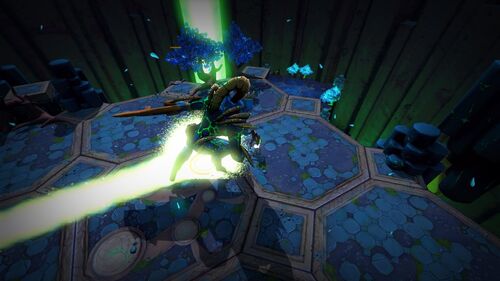 You can collect your rewards at any stage by returning to the outside of Telos's arena and interacting with the font. Additionally, the enrage level of Telos is yours to set as you see fit, up to the highest level that you have been able to reach.

We'll be hosting intrepid adventurers taking on Telos all of today (Monday 27th June) via our Twitch account. Make sure you tune in for expert tips, advice, and (of course) death.

Enjoy taking on Telos and immortalise yourself as the ultimate boss slayer!

For a full list of the latest fixes and features, check out the patch notes forum thread.

Feel feral magic flowing through you as you take on your foes with the fiercest animalistic weapons. There's a set for each combat discipline, so head over to Solomon's Store and check them out!

Each week we livestream Q&As, in-game events and more. Watch the streams and find a full streaming schedule on the Twitch channel. Check the YouTube channel for videos you may have missed, including a chance for you to see Telos,and a slection of his rewards, in action.

After a hectic few weeks, we want to take stock and let you ask the team some more general questions in. We'll also be having an extended Ninja Quickfire section so ask away via the forums, Reddit, or by using #RSQA on Twitter.

The latest in our '1,000 drops from...' series continues with the first of our Raids bosses - the indomitable Beastmaster Durzag. Will we get any pet drops or Achto Gear? Find out straight after the Q&A!

Fancy a sneak-peek of some of next week's patch notes? Then tune into Mod Shauny's Friday stream.

Mod Lee will be hosting the usual Community PvM goodness live on Twitch!

In other news
WIN Membership and Signed Concept Art by Taking on Telos!

As you probably read in the news post above, Telos promises to be a mighty challenge – but for those of you with the skills to defeat our anima guardian, the rewards will be great.

As well as the awesome god weapons, five of you can also win 6 months of membership, a signed T-Shirt and signed concept art from the development team, by taking on this new solo boss!

Starting today, and ending at reset on Sunday 10th July, we'll be tracking:

The three players who claim first place in these categories will each receive the prize package as detailed above.

On top of this, anyone who defeats Telos in this time period will be entered in to a draw to receive the same prizes and two lucky winners will be picked. The more kills you have, the more entries you'll have into this sweepstake, so the more chances you'll have to win!

To find out more about this, please check out the forum thread, and the Competition Terms and Conditions.

Design a Christmas Jumper Competition – because it's nearly July!

July in the UK is typically rainy with some sun here and there – standard British weather. So when better is there to launch a Christmas competition?

We need your creative minds to design a Christmas jumper which will be developed, actually made and sold on the RuneScape merchandise store closer to the season.

You'll need to design a jumper to the following specifications:

WARNING: May contain Goebies. Mod Shauny will be taking over the RuneScape Snapchat for one day only! You don't want to miss this one. Check out a day in his life (and maybe get some sneaky teasers) at 'runescapegame' on Snapchat, and share your favourite screenshots using #JModSnapchatTakeover on Twitter and Instagram.

Entries close this Sunday, so make sure you get on it, and invite your friends for an increased chance of winning! Details are in the contest news post.