As announced last week, one of the most eagerly anticipated and frequently requested updates will be launching in RuneScape this summer. The Evolution of Combat project will see the biggest change to any system in RuneScape’s history and, as if that wasn’t exciting enough, RuneScape members will also be able to apply to take part in our first ever limited access closed beta.

All those wishing to apply for the beta and gain exclusive access to the update before everyone else will be able to sign up for the chance to take part from the 1st June. Beta players will not only be the first to get to grips with the new combat mechanics but will also have the unique opportunity to help test and shape the dynamics of the update ahead of its full release later this year.

By taking part in the beta and showing us your best use of swordplay, eagle-eyed archer’s tricks and esoteric wizard’s gambits, you’ll be working with us to create a battle system that’s fluid, interactive, and well and truly built for you. Over the coming weeks we will be revealing some of the incredible new features to whet your appetite, but remember to sign up on the 1st June to ensure you don’t miss out on the chance to take part.

Full details of how to register for the beta along with some tantalising teasers will be announced on www.runescape.com. The first batch of beta testers will be able to enter the game on the 26th June with all members gaining access shortly after. All members interested in taking part will be granted beta access before the full release, but we encourage you to register as early as possible to be in with a chance of being among the first to experience the update. 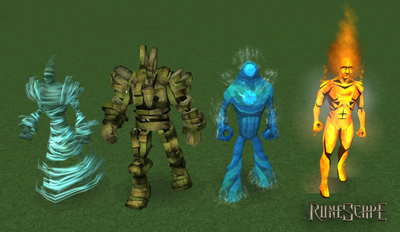 The closed beta will only be open to RuneScape members, so if you want to be in with a chance of experiencing the new combat system, be sure to sign up for RuneScape membership before the 1st June.

Still itching for more information? Then be sure to tune in to upcoming Behind the Scenes videos for more details about the combat rework announcement and our first ever beta trial.