The World Wakes (members only)

Orlando Smith's made a big discovery just west of the Legends' Guild: ruins dating from the First Age, which he believes once belonged to Guthix himself. It's the sort of find that makes careers, but breaks the hasty and the unprepared, so he needs your help to safely uncover the lost knowledge and artefacts within.

Make your way past the ruins' defences with strength and cunning, and you'll discover secrets that could shift the world's balance of power forever. There'll be one mother of a battle before the quest is through, so you'll need a combat level of at least 140 and your very best combat gear, along with plenty of food.

Ultimately, you'll have to make a choice, and your decision will set the scene for the events to come and feature in future story content. One thing is certain, though: once you're through, you'll become a whole new breed of hero, and the woken world will need you more than ever. 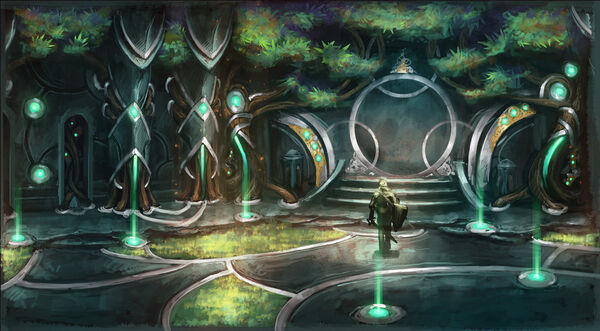 Completing the quest will earn you over 800,000 XP in lamps (in a variety of skills, with minimum levels ranging from 65 to 80), five new ultimate combat abilities (usable at level 85 in their related skills), and cosmetic torso gear. In addition, there's a trove of post-quest rewards - including a powerful ring, a title, and new Slayer targets that can drop level 85 gloves and a pet - that can be claimed once you've finished the quest and met certain high-level requirements, listed here.

Please note: as of next week's update, all future game content will work on the premise that this quest happened in the past. So, if you want to play the quest with no spoilers, we recommend doing so this week!

It's also worth noting that quest is not voice-acted. The number of characters in The World Wakes is huge – roughly 30 in total - with many characters included in other quests. The resources needed to voice the entire quest were instead spent on including greater rewards, better combat experiences, etc. We hope it shows in your play experience.

That said, we still recommend that you play with audio on. For those of you who have seen the Origins of Gielinor motion comic or listened to the World Wakes Medley, you’ll know that the orchestral songs are impressive.

How to start The World Wakes:

Speak to Orlando Smith at the excavation site to the west of the Legends' Guild.

There are additional, post-quest rewards on offer for completing the quests and reaching the skill levels listed below.

Please note: these can be met and their rewards claimed at any time following the completion of the quest. You won't miss anything if you don't meet these requirements when you complete the quest:

Take a tour of The World Wakes in our latest Behind the Scenes video:

We've added two forum threads for discussion of The World Wakes. One is a spoiler-free discussion, while the other is for those who have completed the quest and wish to discuss the outcome:

To discuss the update without spoilers, go here.

To discuss the update with spoilers included, go here.
Retrieved from "https://runescape.fandom.com/wiki/Update:The_World_Wakes?oldid=9778052"
Community content is available under CC-BY-SA unless otherwise noted.