In this week’s update, Vic the Trader returns alongside Hati, Sköll and Fenrir. Keep reading to take part in our music survey, to learn which new items are now 50% off in Solomon’s Store, and for the patch note highlights. Plus something a little extra…

Our favourite merchant has resumed his post south of the Burthorpe lodestone. Unaccompanied this time by his cousin Ric, Vic has updated his store with two shiny new items: the Sunfury outfit (200 credits per piece) and the Nature’s Sentinel outfit (500 credits per piece).

The time has come again: it’s time to rally the wolf pack and huff and puff your way through Fremennik Province’s three big bad wolves - Hati, Sköll and Fenrir - for the cosmetic and XP rewards that await. Chat with Vali and Vitharr for information.

Found in the woods south-east of Rellekka.

Drops Hati paws, which grant bonus combat experience, as well as a cosmetic cloak and hood. 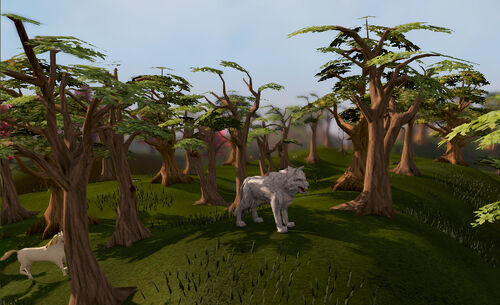 Found by adding 120 logs to the bonfire west of the Rellekka entrance.

Drops Sköll boots, which grant bonus experience in Agility or Woodcutting, and a cosmetic amulet. 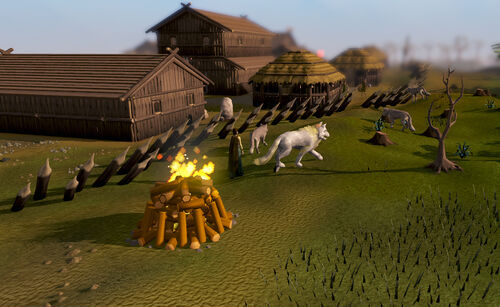 Found south east of Rellekka near the Golden Tree.

Drops Fenrir's tooth, which rewards players with bonus experience in either Herblore or Summoning, as well as cosmetic gear for the body and legs. 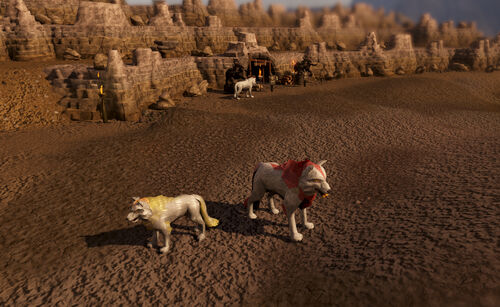 As with previous years, both Hati and Sköll have a chance to drop either the helmet or the spear belonging to Eir, which can be returned to her at the Golden Tree in exchange for bonus Prayer or Divination XP, plus overrides of both items. Should your encounters with the wolves not yield either item, you can get hold of one by harvesting enriched wisps (at the colony south-east of Rellekka) and the other by trading with another player.

Please note that you will never receive a cosmetic drop that you already possess. Furthermore, ironmen will not be party to bonus XP.

Beneath the shadow of Rellekka, a lone hunter stalks the night. His cheeks, nose and ears are flush with cold and his breath fogs in front of him. Snow crunches beneath his boots. He plucks at his bow string absentmindedly to distract himself from the yawn of his empty belly.

It’s been a hard winter. Together with the other predators, the lack of game has driven him further towards the mountain. And there’s been talk of wolves.

He goes to pluck the bowstring again, then hesitates; he’s heard something moving in the trees. With luck, it will be his ticket home. He thinks of his family, of warming his hands by the hearth. He must be careful not to waste this chance.

The hunter slinks into the shadows as silently as he can and nocks an arrow. He’s sure now that there’s something there, but it’s obscured by the conifers. As he tells himself to be patient, a memory creeps into his mind unbidden. No, not a memory - a legend. The legend of Hati, Sköll and Fenrir: the savage wolves that they say no lone man can kill. Who it’s foretold will devour the sun and moon to bring about the End of Things. Who stalk the Fremennik Province with the start of each new year. And how long has it been, he thinks, since his children took down their Christmas tree?

His skin prickles. The wind dies and the forest soaks in silence. Has it gotten colder?

He is thinking about moving to a better vantage point when the moon breaks through the clouds, casting silver light down through the trees and chasing away the shadows that hide him. The creature will now see him if it only turns. As he looks around in panic, he spots a print in the snow that he hadn’t seen before. The paw print of a huge wolf.

He scrambles back, not daring to take his eyes from the spot. The arrow falls to the ground.

His heart hammers against his rib cage. He takes a deep breath and focuses his mind: wasn’t it said that riches awaited the adventurer who slew any one of the three great wolves? Legendary items which could improve his skill and keep his family fed for the rest of their lives; trophies abundant so that none might doubt his heroism...

The hunter reaches for the arrow in the snow. Licking his lips, he stalks back to his vantage point. He tells himself that an arrow in the beast’s heart will make him a hero. And a rich one, if the legends are true. He thinks of draping his wife in diamonds as he readies the arrow and tells himself not to hesitate. If he hesitates, he’s lost.

The creature is now in front of him but still obscured from view. To get it in range, he must rise above the thicket that shields him.

Sweat glistens on his brow despite the cold. His blue-knuckled hands tremble. Finally, he stands.

He takes aim at the creature as it meets his eye. Then it raises its antlered head and springs away.

The hunter curses aloud. He’d hesitated. Wolf or not, that deer would have fed his family for a week. Now they will go hungry. He curses again and throws down his bow.

The growl that comes from behind him is low and muffled, and the enraged hunter barely hears it.

Certainly not in time.
Music Survey

Want your favourite RuneScape tracks on Spotify and iTunes? How about as a premium packaged 180g vinyl? We’re looking at ways to make this possible, and, with a vast library of now over 1,200 tracks, we want you to help us compile them into themed albums/compilations.

Tell us which tracks to include and how you’d like to see them released here.

Here are the 50% off bargains available to you during our final week of the sale:

Here are the highlights from this week’s patch notes:

For the full list, visit the patch notes forum thread.

Tune in for our live streams every month to get in-game goodies!

Just connect your RuneScape account to your Twitch account and tune into one of our Tuesday, Friday or Sunday live streams to get your free stuff!

Don’t forget, you have a chance throughout January to pick up the amazing Loots Cape! 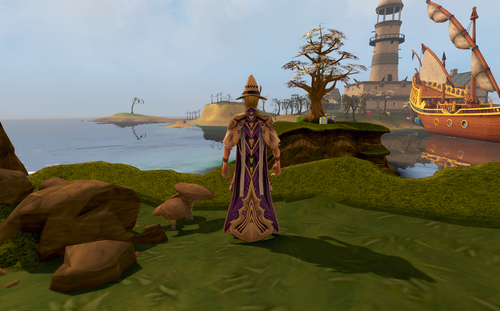 Each week we livestream Q&As, in-game events and more. Watch our streams and find out more information about our streams over on our Twitch channel. Check our YouTube channel too for recap videos of streams you may have missed.

Check out what we’re currently working on – get exclusive teasers and all the latest on upcoming updates. Available on Twitch and YouTube – don’t miss out!

LootScape will be enabled for this stream.

Join our resident PvM expert with another mass this Sunday!

LootScape will be enabled for this stream.