An update hint is a message which offers clues about an impending update that Jagex releases on one of its official off-site accounts. Currently Jagex posts hints on Twitter, Facebook, Google+ and the Runescape Forums. The hints are in the form of a picture, a different picture for each account, all of them referring to the same update. Together the images provide clues about an update scheduled to be released within the month.

The Twitter hints initially filled a void left by the removal of Behind the Scenes due to the time pressure they put on developers. Players missed knowing what would be released in the coming weeks, so Jagex started posting hints on Twitter which still provide players with a small amount of information about upcoming updates when they were ready to be released, thus no longer putting pressure on developers to meet a deadline.

After Behind the Scenes returned, players were given the unprecedented opportunity to see upcoming content instead of just hearing it, since previous Behind the Scenes and twitter hints were never accompanied with images. Any time a new hint is posted, players eagerly speculate on what it means, and many threads are created on the RuneScape forums containing theories and guesses.

Jagex has four English Twitter accounts, @OfficialJagex, which is used for general Jagex news, @JagexMobile, which is used for news about Jagex's mobile games, @WarofLegends, which is used for news about War Of Legends, and @RuneScape, which is specifically for RuneScape, and is where the hints are released. The actual hints are pictures accompanied by "coming soon" message that does not offer any additional insight into the content of the hint. The images are attached to the Twitter messages using TwitPic, an image hosting service designed to be linked to a Twitter account. Jagex's TwitPic account is Runescape. Jagex also has a number of foreign language twitter accounts.

Originally, Jagex only had one Twitter account, @OfficialJagex, where all their messages were posted. However soon after Jagex made separate accounts for each of their major products. Initially the hints posted were a few sentences with no accompanying pictures. However after the return of Behind the Scenes in June 2010, the hints were changed to the current system. A list of all of these text-only twitter hints can be found here.

Jagex started posting update hint images on their Facebook account RuneScape, on 4 July 2010, a day before the release of Love Story. The images are usually different than the ones released on Twitter, but are about the same update.On 13 July 2011, the Facebooks Svenska, Polska, Español and Norsk were removed, leaving three other language Facebooks left. The images are usually released on the same day, and together they can reveal many aspects of an upcoming update. Sometimes hints are also posted on the following languages Facebook pages:

On 18 May 2012, with the upcoming update of the Queen black dragon Jagex now released weekly updates of not only the update, but game footage, and sneak peaks of the update there after. Their official YouTube channel is Runescape.

On 25 May 2012, Runescape announced on Facebook that hints will now also be on Runescape Google+.

Some hints or previews towards new content or updates of existing content are placed inside the game intentionally, making it not a leak, but, as it were, an in-game update hint.

All of these images, with the exception of the ones showing bloom lighting effects, are found on [1]along with other images. 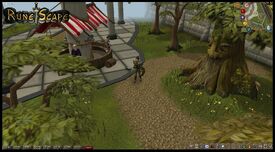 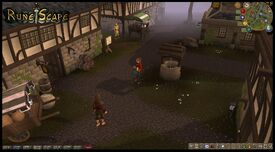 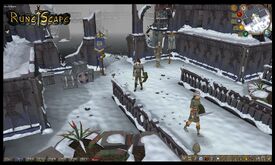 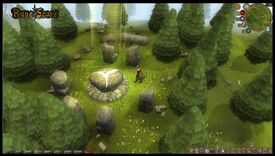 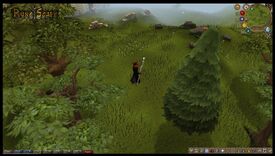 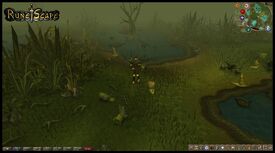 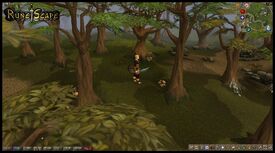 Updated trees near Lumbridge and an updated well. (Released 17 August 2011) 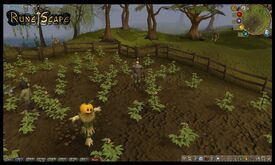 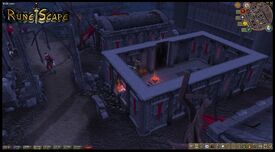 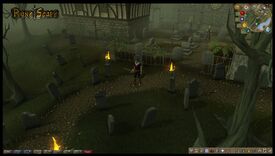 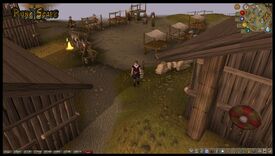 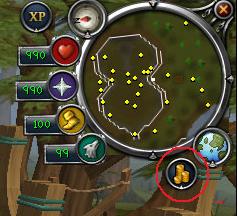 The new money pouch that can store your coins without taking up inventory space. (Released 6 December 2011)

An unknown area in the Wilderness. (Released 13 December 2011)

The top of the Dark Warriors' Fortress (Released 13 December 2011)

Taverley wall is updated in the distance. (Released 31 January 2012)

Some new tents can be seen next to White Wolf Mountain. (Released 31 January 2012) 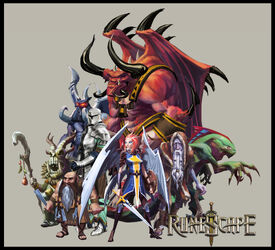 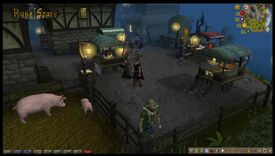 An updated Brimhaven Dungeon can be seen, with a large mural in the background depicting Dragonkin surrounding a large dragon. (Released 9 October 2012)

A player can be seen fighting iron dragons. (Released 9 October 2012) 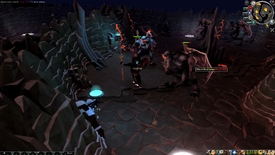 The Black Knights' Base and as such likely Taverley Dungeon being graphically revamped. Also take note on the tweaks to Bandos armour and the black knights.(Released 9 October 2012) 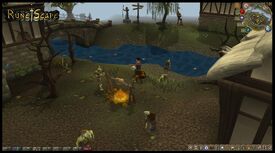 The goblin update at an earlier point in development, note that only the faces have been updated. (Released 17 October 2012) 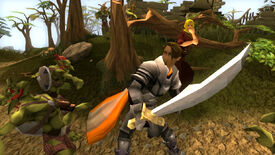 </div>
Retrieved from "https://runescape.fandom.com/wiki/Update_hints?oldid=7987069"
Community content is available under CC-BY-SA unless otherwise noted.