A respected member of the Dorgeshuun Council. 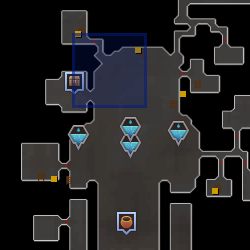 Ur-zek is a member of the Dorgeshuun Council. He can be found in the northernmost part of the city near the stairs to the council chambers. In order to sell food to the Gourmet, you might be told to ask permission from him first. He is seen arguing with Ur-Taal about Ur-vass's actions.

Retrieved from "https://runescape.fandom.com/wiki/Ur-zek?oldid=24563144"
Community content is available under CC-BY-SA unless otherwise noted.