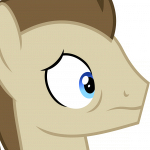 What this user specializes in on the Wiki:

What this user does not specialize in on the Wiki:

Welcome! - Above this informative table!
History of the ChanseyYoshi - A bundle of valuable historic information I was able to make up from my head as I typed along!
Modern ChanseyYoshi - Me today!
Me and the Wiki - Self explanatory!
Userboxes - Noteworthy userboxes!

Yes! This is me! I am ChainChomp2! I started playing this game called RuneScape [according to when I can attain the wonderful Veteran Cape] on 6 August 2006, and became a paying member within two months of joining the game (I followed my brother, who unfortunately does not play anymore, who became a member a week before me). During my time as a free player, it took longer for me than my brother (who started after me) to learn and get used to the game, in fact, for a while I was attached to my Steel armor even though I could wear Rune, until I started fishing lobsters on Karamja (which is now separately called Musa Point), I did not make much money at all, I did not know much about bots and how they were taking the resources for money, but only then did I begin to upgrade in terms of equipment.

Excitedly and quickly, I began completing the many members' quests such as Priest in Peril (for the colored clothing), Dwarf Cannon, and Gertrude's Cat. When it came time to sell my grown cat for death runes, I tried to enter West Ardougne through the main gate but failed (the doors wouldn't open!), passing adventurers merely told me to "do a quest" to gain entry, so I went to the nearest quest symbol, who happened to be Lucien for the Temple of Ikov, which I would not finish until months later. Eventually, I began Plague City to gain entry to West Ardougne (the starting location which was in close proximity) to sell my first few batches of grown cats, though since I have stockpiled every cat I have grown!

I had made lots of plans on what I was going to do when I became a RuneScape member, most of it revolving around the Construction skill, as I liked the idea of designing a house. Since I was not a rich player, this was very difficult. Eventually I put Construction and my house on a hold, and I explored other quests and areas to familiarize myself with the new vast area. My main income for a while was collecting Flax in Seer's Village and spinning them into Bow String, and selling these in vast amounts ranging from 150 to 200 coins each. One of my best friends during this time was Ganerith5, or Donpatch 88 (who do not play anymore unforuntately).

I was not very fond of player-killing, or PvP as many may call it, as I was frankly terrible at it and I did not (and still don't) like the attitudes of other players in this kind of activity, but that may be for other games with these types of gameplay elements as well. When the wilderness was removed as well as balanced trading updates were put into place in 2007, it did not affect my gameplay that much, I was not fond of the Wilderness and I met the unbalanced trade update with a bit of satisfaction as common scamming would stop, and masses of bots would also stop, though I did merchant at one point, but that was all over by then.

The moment between my early days of being a RuneScape member and thereafter are bit hazy to me, but I can say in this time period I simply grew as a player, raising skills, doing quests, joining communities, and making friends. In the summer of 2009 I came across Abyss Runecrafting (I wasn't so afraid of the Wilderness by now!), and began by crafting thousands of Nature runes, eventually making masses of money selling them through the Grand Exchange. Eventually I was able to craft Death runes, and made even more money this way, leveling to over 85 Runecrafting by making tens of thousands of these runes, which also led to my increase in wealth.

The wealth gained from Runecrafting was later spent on other skills, as well as equipment, which I used for Slayer, which is now my second favorite skill (after Runecrafting). Slayer was (and still is) my way of training Combat, as I did not settle for activities such as Pest Control (and later, Soul Wars).

In a nutshell, I began as a poor normal newbie, then I discovered Runecrafting and have been (relatively) rich and prosperous since.

Nothing will be more up-to-date than my adventurer's log, my display name is ChanseyYoshi.

Me? Nowadays I mostly slay, runecraft, dungeoneer, or skill in general (not as much as Max!) I am highly against botting/macroing, I don't really care what argument you can try to make, but it depends whose side you are on. Although Jagex has rid of the bots, but I'm still wondering whether they're actually gone for good, even though I hope so. Here's a list of a few notable skills including the 99s I have:

These are my lowest skills, that you can probably figure I am less-than proud of:

What do I like to do on RuneScape? Many things! It just depends!

Least favorite minigame: Soul Wars because of all the bots!

Single favorite thing to do: Grow kittens into overgrown cats , bank, repeat! My current cat count is at the top of this page!

What else about me? Well, I'm not fond of buying my way through the game, such as through buying resources for skills (I'm not that rich), or waiting for quest guides to come out etc, I prefer to do things myself and to work for them. This is also why I enjoy some of the more time-consuming-and-relatively-unproductive activities, such as Temple Trekking, Chimp ice running, and Livid Farm.

I also feel like sharing my views on questing; at first, I always used guides to do quests because I wanted the reward and I didn't care about anything else, then, I started doing quests without the guides and found them to be easier than I thought, I also got to enjoy the storylines and I didn't just care about the reward anymore, and I always wanted to know what happened next. The same can be said about books; I'm sure lots of people don't enjoy reading books (I didn't) and just go to sites like Sparknotes in order to know the plot or points in preparation for say, educational purposes. I started reading books more and I enjoyed the writing and plot, and I understood them better, likewise, for quests, the same can be applied for the understanding of the quest and its plot, which can be helpful for future quests, and can be exciting.

So when I finally did Love Story, I wasn't exactly comfortable about Zenevivia confronting and accusing me of being a reward-hungry quest-"lover", because I wasn't like that at all, although I'm sure it was Jagex's own perspective or gag on how most people tend to do their quests, solely for the rewards, which was completely understandable. Frankly, I am not that kind of quester anymore that just expects to receive the reward or looks at the reward before doing the quest; to me the reward is always a nice surprise to see at the end; I don't just do quests because of the rewards, in short.

My Favorite Quests (to date and in order):

Storylines/Areas I'm most excited to be continued:

Me and the Wiki

So you've gotten this far, haven't you? So this is just the general gist about me and RuneScape Wiki. My first edits were on Within the Light, which was also around the time I joined this Wiki which was October of 2009. I didn't know much about editing etiquette so I sorta just added my own stuff on there, still not proud of this to this day! In fact, since then, I didn't actually start becoming a Runewiki regular until over 18 months later.

Most of my edits are just minor edits usually on information or correcting grammar, spelling, etc. Over the summer holiday I added lots of images to the Herblore Habitat pages. After that, I've contributed plenty of detailed item images using the Orb of Oculus and added transparency to them, but as far as content, not as much, as usually the content is there already.

If you wanna see for yourself, check my contributions.

Behold my works of nature! :

Retrieved from "https://runescape.fandom.com/wiki/User:ChainChomp2?oldid=13851365"
Community content is available under CC-BY-SA unless otherwise noted.