You can reclaim this armour from the quartermaster, for a fee. 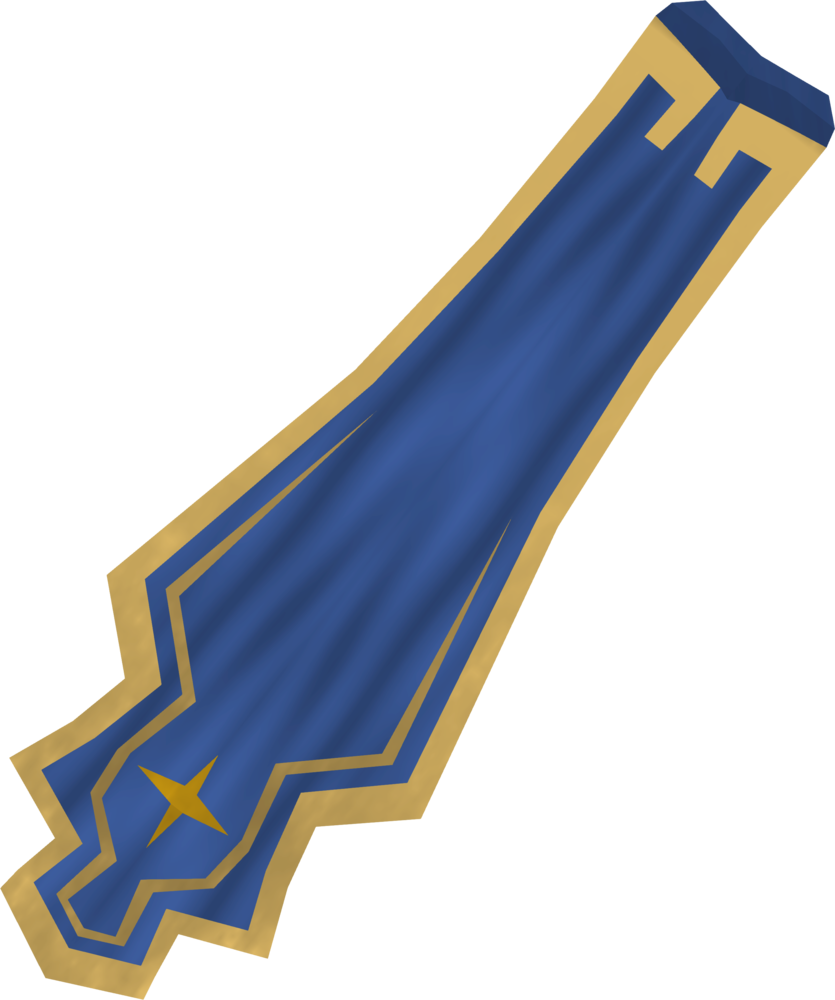 The Warpriest of Saradomin cape is a hybrid cape that scales with your Defence level up to level 75. It is obtainable by paying 5,500 Renown from the Battle of Lumbridge to the Saradominist quartermaster. You also require the Dragon Saradominist token to purchace the cape. It can be re-obtained from the Quartermaster for 2,200 Renown. After the Battle of Lumbridge, the cape will be equivalent to level 50 hybrid armour for non-members.

The cape provides a 1% chance to reduce incoming damage by 90%, but only if at least 2 more pieces of the same armour set are worn (for a minimum of 3% chance). This bonus stacks with that provided by other pieces of the warpriest set.

This cape is one of the few free-to-play capes with an armour bonus.

Retrieved from "https://runescape.fandom.com/wiki/Warpriest_of_Saradomin_cape?oldid=9064154"
Community content is available under CC-BY-SA unless otherwise noted.