One of Gertrude's Sons. 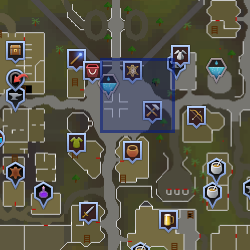 Wilough Fairweather is one of Gertrude's children, the others being Kanel, Philop and Shilop. He can be found in Varrock Square near the newspaper stand.

During Gertrude's Cat quest he tells the player information about Fluffs (Gertrude's cat) in exchange for a bribe. He can be found near Benny.

After you complete Gertrude's Cat quest, if you speak to Wilough, he will tell you that he can beat anyone up. However, the last dialogue says "The boy begins to jump around with his fists up. You wonder what sort of desperado he'll grow up to be."

Retrieved from "https://runescape.fandom.com/wiki/Wilough?oldid=24562428"
Community content is available under CC-BY-SA unless otherwise noted.