He looks kind of puny. 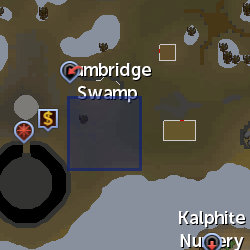 The Wizard is part of a band in Lumbridge Swamp searching for Zanaris. When spoken to, he will say he is more powerful and has a powerful staff (even though it's declared it's just a stick).

The wizard and his three companions, an archer, a monk and a warrior, can be found in the south-west of the swamp.

Retrieved from "https://runescape.fandom.com/wiki/Wizard_(Lost_City)?oldid=24562735"
Community content is available under CC-BY-SA unless otherwise noted.