Beads of the dead

He buys and sells antiques. 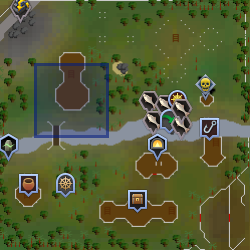 Yanni Salika owns the antique store in Shilo Village, and is also the starting point for the One Small Favour quest. He is located north of the river. Yanni will buy many non-tradeable items that are made or gathered during quests, but are of no use after the quest has been completed.

When you ask if he has any interesting items for sale, he will offer to sell back to you the Beads of the dead for 1200 coins or the Bone Key for 100 coins, assuming you sold yours to him.

Retrieved from "https://runescape.fandom.com/wiki/Yanni_Salika?oldid=24562476"
Community content is available under CC-BY-SA unless otherwise noted.