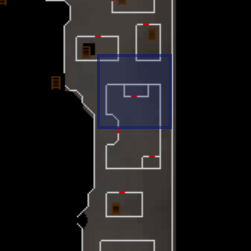 Young 'un is a young Dorgeshuun cave goblin found in Dorgesh-Kaan's nursery complex. At the school they learn the peaceful skills the Dorgeshuun have come to master, as well as basic skills such as reading, writing, and mathematics.

Retrieved from "https://runescape.fandom.com/wiki/Young_%27un?oldid=24563786"
Community content is available under CC-BY-SA unless otherwise noted.