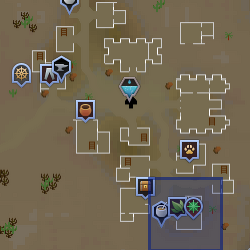 Zahur is a woman in Nardah found in the building just east of the bank. She cleans un-noted grimy herbs for 200 coins per herb. She will decant potions at a cost of some coins per extra vial needed to decant the potions.