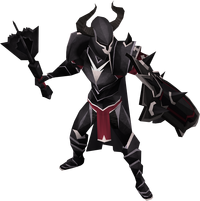 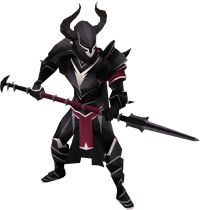 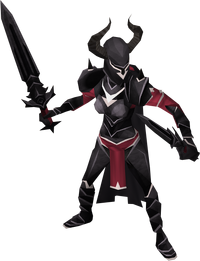 The Zamorakian footsoldier was a melee-based monster fighting on the side of Zamorak in the Battle of Lumbridge. They dropped Divine tears. They could only be attacked by players who had sided with Saradomin. Before being attacked by a player, they had 10,000 life points, but after being attacked, their life points and stats lowered, with the extent they were lowered varying depending on the combat level of the one who attacked them, to a minimum of 128. They were capable of using abilities, however, and were dangerous in that regard. When attacked by a player, the first thing these monsters usually did was use Backhand to stun their attacker once they got in melee distance. This could be prevented by either stunning them beforehand, or using Anticipation to prevent the effects from occurring. They could also use Freedom to cleanse themselves of damage over time effects.

Their more dangerous attacks included Slaughter as well as the ultimate abilities Berserk, Overpower and Meteor Strike. They were also capable of disabling protection prayers with Smash.

Unlike most monsters including some other units in the Battle of Lumbridge, they moved at running speed, making them difficult to catch up or run away from.

Retrieved from "https://runescape.fandom.com/wiki/Zamorakian_footsoldier?oldid=21142220"
Community content is available under CC-BY-SA unless otherwise noted.